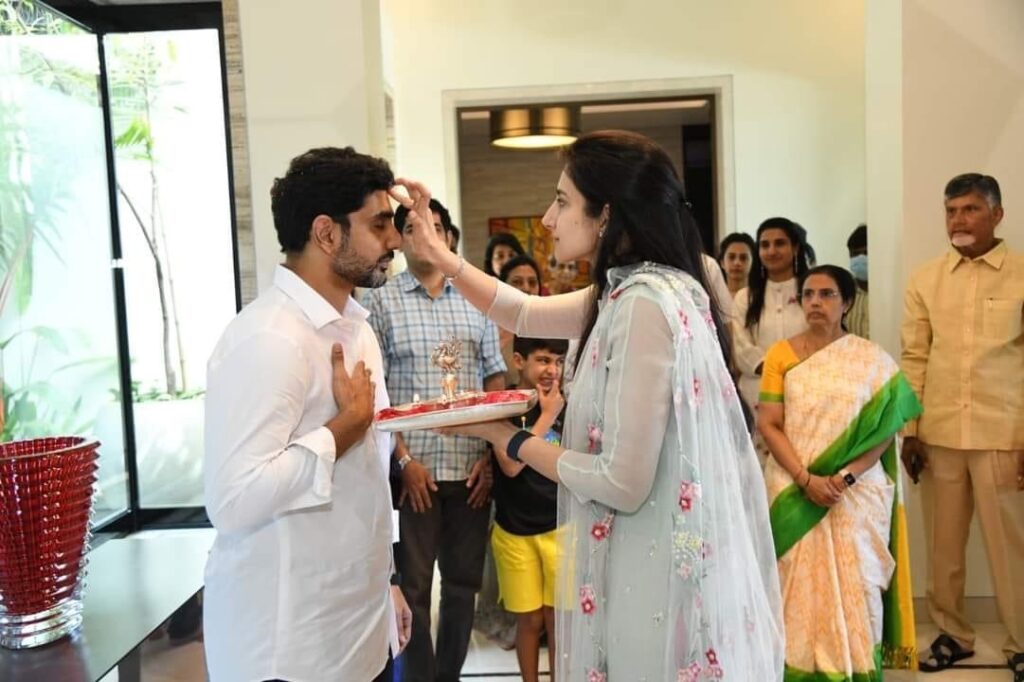 TDP’s scion Nara Lokesh is all set to start his most hyped Padayatra from the 27th of this month from Kuppam. Before the walkathon, the young leader was greeted with the traditional ‘Harathi’ by his entire family at Hyderabad as an auspicious sign

The pictures of Nara Lokesh taking the wishes and blessings of his family are going viral as he is all set to leave Hyderabad to reach Kuppam to start the Padayatra. We can see Lokesh’s better half Nara Brahmani giving Harathi while the entire family of Nara Chandrababu Naidu were watching the entire ritual. Lokesh will tour the entire AP on his foot by walking as many as 4000 kilometers in 400 days to empower and enlighten the youth of AP for a better change in the upcoming elections. Under the name ‘Yuva Galam’ this is the first time Lokesh is doing the statewide campaign, that too by walk. Lokesh will start the walkathon from CBN’s constituency of Kuppam on the 27th of this month.

AP Government after taking a lot of information and a route map of Lokesh’s Padayatra finally gave permission with some conditions. One of the conditions is Lokesh should not make any comments on the AP Government’s Ministers or MLAs including CM Jagan Mohan Reddy. Meanwhile, the supporters of TDP are quite excited about Lokesh attempting the Padayatra to bring more glory to the party and his father CBN.