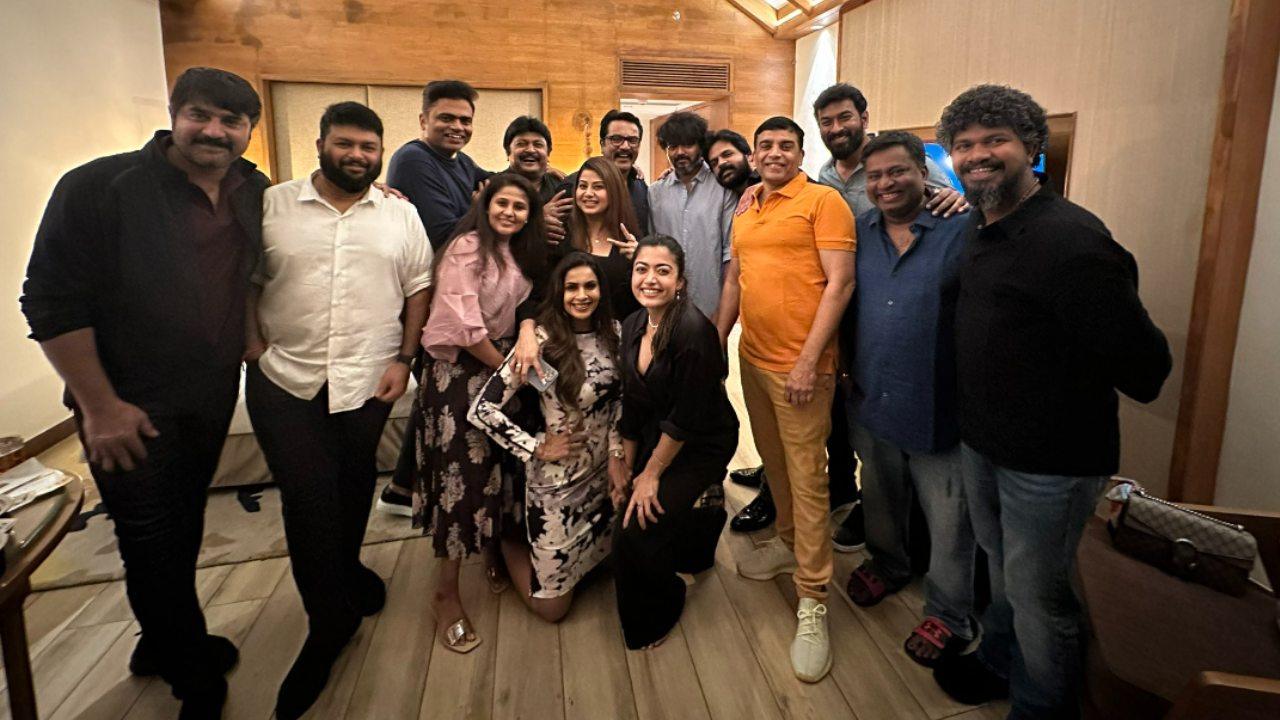 Tamil action drama Varisu which was released for Pongal has managed to storm the theaters with massive collections. Emerged as a perfect family entertainer, Varisu received rave reviews from the audience and Thalapathy fans. Recently, the film even grossed Rs. 250 crores worldwide.

To mark this success, the makers hosted a success party last night in Hyderabad. Radikaa Sarathkumar who came to the success bash along with her husband R. Sarathkumar shared some pictures from their stellar evening.

From the pictures, we can see the lead team of Varisu including Vijay Thalapathy, Rashmika Mandanna, Srikanth, Sarathkumar, Radikaa Sarathkumar, and others having a gala time together.

For the unversed, Varisu is directed by the Tollywood ace filmmaker Vamshi Paidipally and produced by Dil Raju- Sirish under the prestigious banner Sri Venkateswara Creations.

On the other hand, Vijay Thalapathy will begin shooting for his next Thalapathy67 with Lokesh Kanagaraj. As per the latest buzz, the film will have a connection with Lokesh’s other films Kaithi and Vikram under Lokesh Cinematic Universe (LCU).

More details are yet to be revealed about this project.