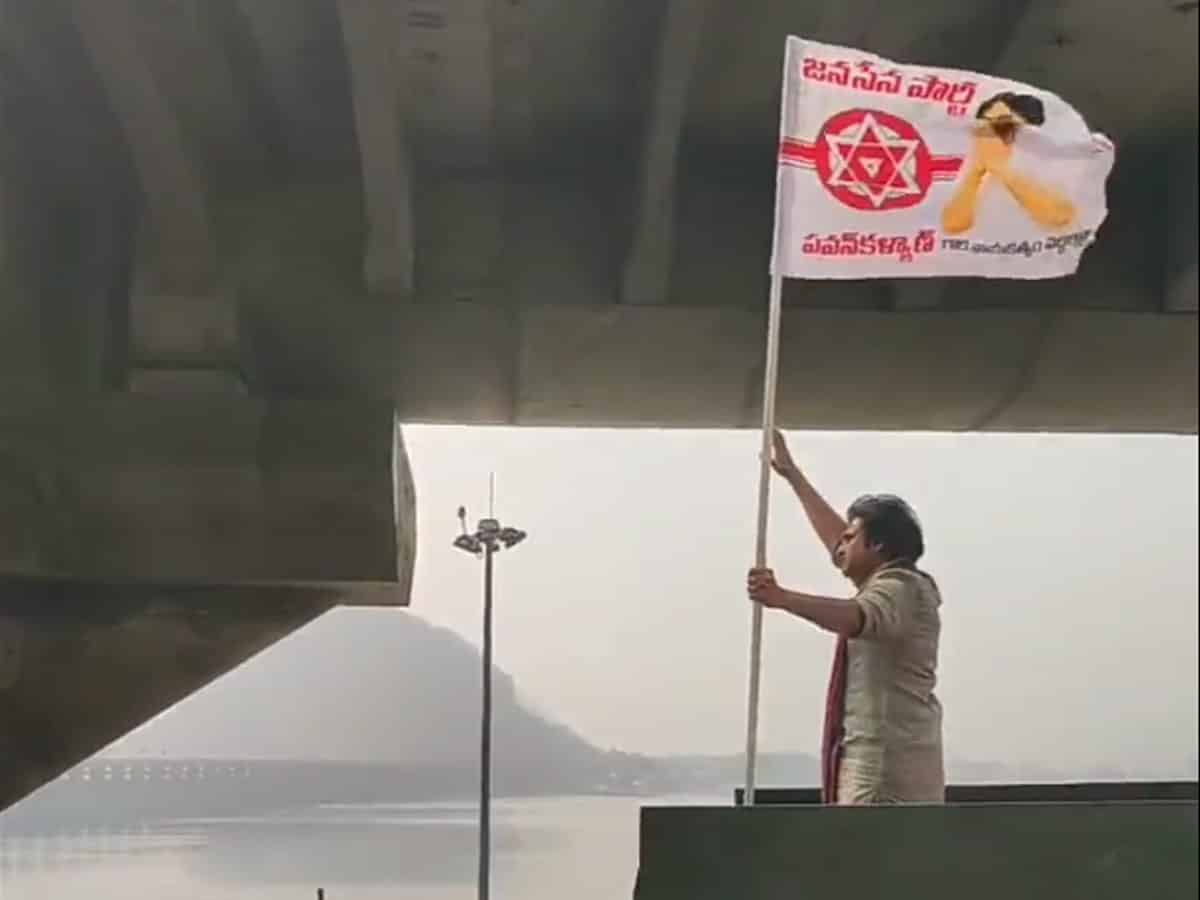 Smashing the warnings of the ruling party YSRCP Ministers and MLAs, Pawan brought his campaigning vehicle Varahi into Andhra Pradesh. With a huge convoy of fans, Pawan entered the city of Vijayawada to seek the blessings of Goddess Kanakadurga Devi.

After the ‘Vaahana Puja’ rituals, Pawan Kalyan took his Varahi to Andhra Pradesh despite a lot of hungama done by YSRCP leaders who claimed to stop it from entering the state. Media houses also followed Varahi when it was entering AP on the highway while covering it live. Janasenani then went to Kanaka Durga Temple on Indrakeeladhri and took the blessings for the upcoming bus tour. Upon knowing the information, the local Police officials arranged for as many as 500 policemen to control the general people and fans of Pawan Kalyan near the Temple. Priests and Temple officials cooperated everything and made the entire visit go smoothly.

Pawan Kalyan was received by his followers and fans in Vijayawada and after his offerings, the Janasena Chief stated that from today, Varahi’s aim and goal were to end the disastrous ruling of the Jagan-led AP Government. He wished to see development and prosperity in AP with the right government and its welfare schemes in 2024. Pawan will soon start his bus tour to campaign across Andhra Pradesh aiming at the general elections of 2024.