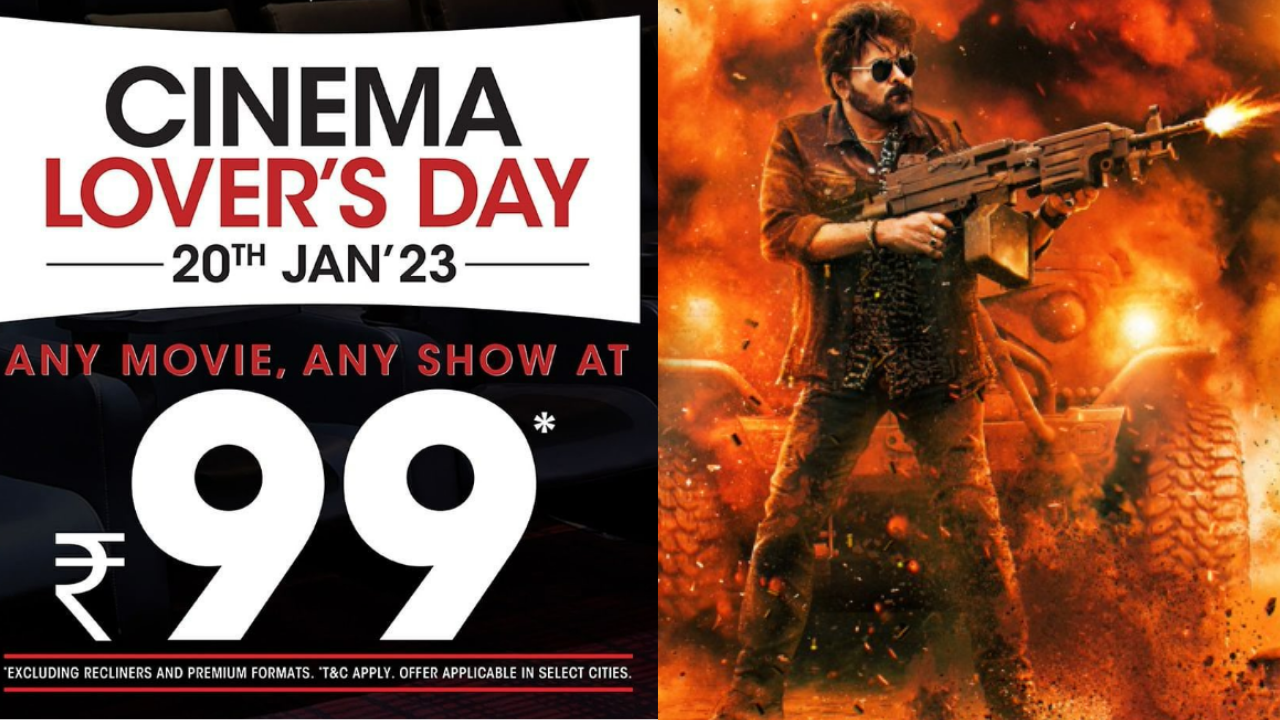 As part of the Cinema Lovers Day on January 20 of this year, many multiplex chains including PVR, Cinepolis and others have come up with exciting offers. Keeping the movie buffs in mind, these companies announced that some selected films will now get to watch for just Rs. 99 on January 20.

Ammouncing the same on their official Twitter page, PVR Cinemas wrote- ‘We are celebrating the magic of movies at a magical price for #CinemaLoversDay! Watch movies at #PVR for just Rs. 99 on 20th Jan’23. Applicable for any movie, any show; so book your tickets ASAP!’

As per the sources, Sankranti big releases like Waltair Veerayya, Veera Simha Reddy, Varisu, Thunivu are some of the films which are on the list. Apart from these, Hollywood film Avatar: The Way of Water under the ace filmmaker James Cameron’s direction and the Bollywood recent release Drishyam 2 are also available at low price on that day.

Ever since the news came out, movielovers and netizens are expressing their joy on social media. As we know that last year, we also experienced the same trend with reduction in ticket prices on the World Cinema Day.

At that time, ticket prices were dropped to Rs.75 which helped people from different sections in enjoying the multiplex experience at a low price.