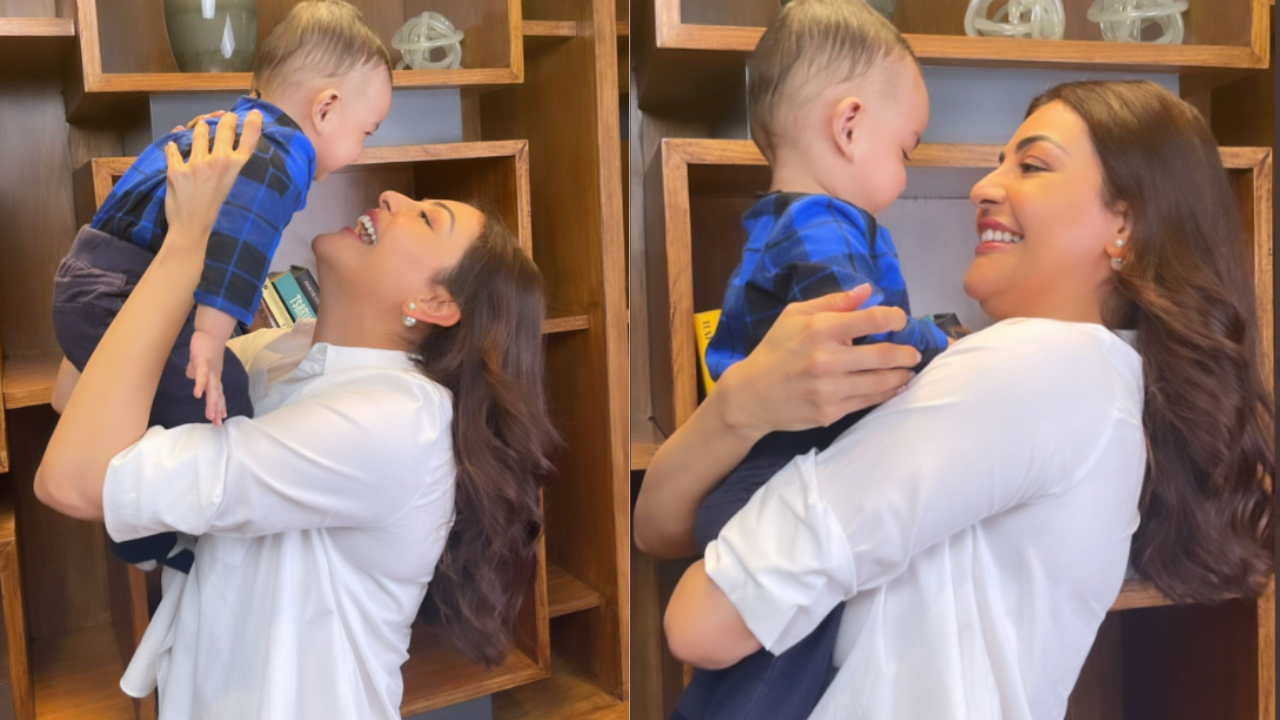 Tollywood actress Kajal Aggarwal is one of the few actresses in the south with a huge fan base. The Chandamama actress appeared in numerous films in various languages including Telugu, Tamil, and Hindi.

Kajal who has been enjoying motherhood with her baby boy Neil Kitchlu has now shared a new picture with her son. The picture of this lovely mother and son is now doing rounds on the internet winning the hearts of the netizens.

Sharing the same, Kajal wrote- ‘@neil_kitclu I can’t wait to see all the things God will do through you. In the meantime, we stay thankful for the past 9 months, and the years ahead. Happy 3/4th birthday, my darling boy.’

As we know that Kajal got married to the Mumbai-based businessman Gautam Kitchlu in a private ceremony in Mumbai during the lockdown period in 2020. The intimate ceremony was attended by the couple’s both families and friends. Later, the couple welcomed their first child in 2022.

Presented by Lyca Productions in association with Red Giant Movies, Indian 2 is a sequel to Kamal Haasan’s 1996 film Indian.