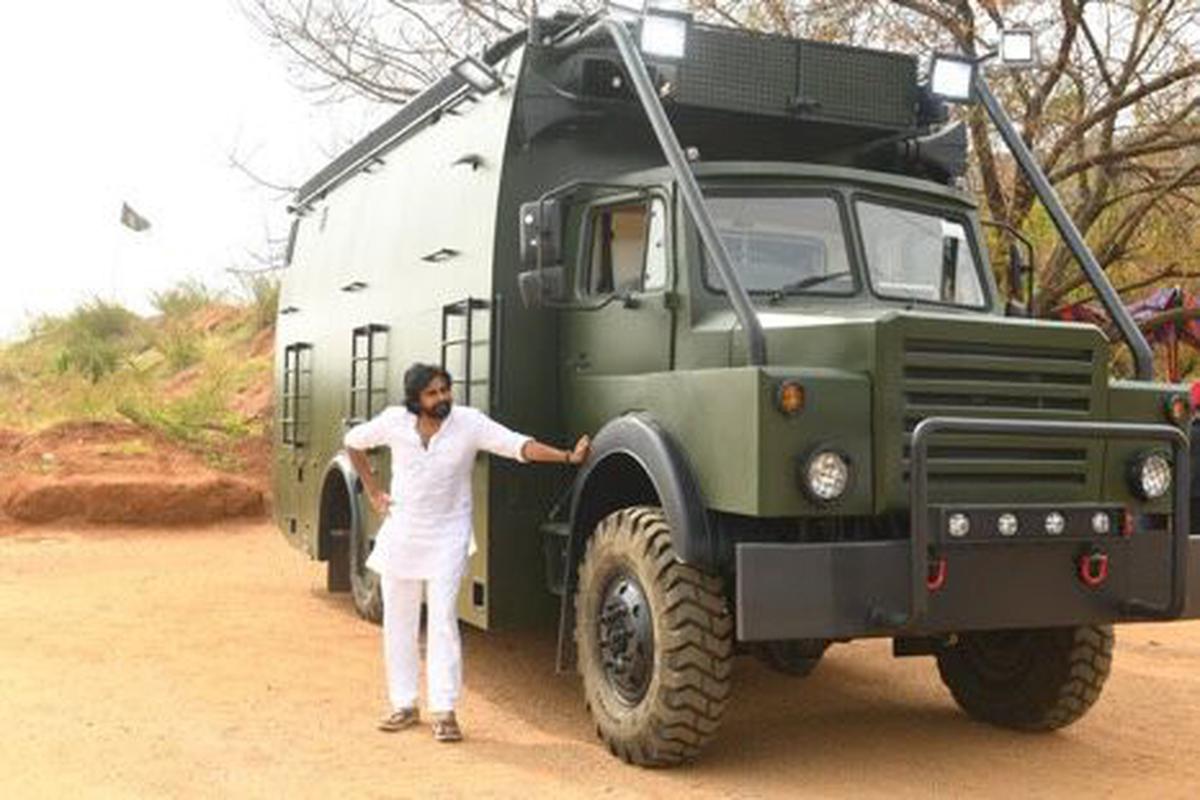 The Janasena Chief Pawan Kalyan made headlines as he reached his favorite and auspicious place of Kondagattu and performed ‘Vahana Puja’ for his Vaarahi today. The most hyped vehicle of AP Politics completed its rituals and is all set for campaigning.

When Pawan Kalyan released the video of his specially rigged vehicle ‘Varahi’ for his upcoming Bus Yatra to campaign in AP for the 2024 polls, the ruling party brought more attention to it with their senseless debates over its body color. However, Pawan silently finished his registration works legally and announced that he would start the campaign by performing the Vahana Puja at Kondagattu Hanuman Temple on the 24th of this month. As this is announced prior, ardent fans and followers of Pawan Kalyan reached his residence this morning, waited for the Janasenani to come out of his home, and followed him all the way to the Temple with their vehicles.

Meanwhile, the locals who heard this news welcomed Pawan Kalyan and escorted him all the way to the Temple. Pawan Kalyan was seen in devotional mode dressed in a traditional dhoti-clad avatar and completed all the necessary rituals for his Varahi. After taking the blessings of Lord Hanuman from the Pundits of the Temple, Pawan Kalyan officially started the Varahi and entered it at an auspicious time.

Sources close to Janasena state that the actor turned Politician is keen on visiting many Temples of Lord Narasimha Swamy as a part of his devotional sojourn before the campaign on Varahi to have a relentless journey in Politics. Needless to say, the Temple got crowded to see this famous Politician along with his vehicle Varahi. The vehicle is equipped with all the necessary technology to completely stay independent and self-sufficient in the campaigning to avoid mishaps and hurdles from the opponents.