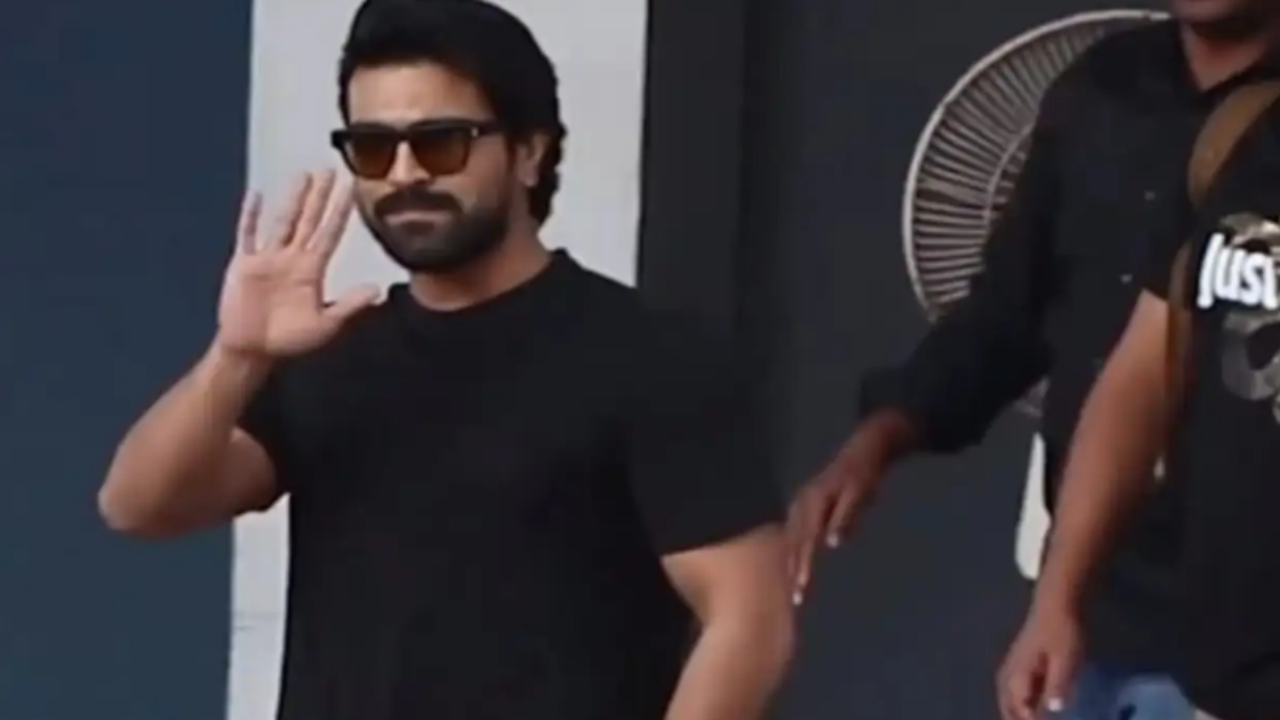 Tollywood actor Ram Charan was spotted at the Hyderabad airport earlier today. The RRR actor got clicked by the paparazzi as he was heading out of the city.

Ram Charan as usually looked handsome in black and black attire. The Acharya actor opted for a black tee and black trousers which he paired with top-notch luxe accessories like multicolored shoes, a watch on his hand, and sunglasses.

The actor gave us major travel goals as he headed to another city. He even waved at the paparazzi before taking his flight.

Meanwhile, Ram Charan along with the team of RRR are eagerly waiting for the final list for Oscars 2023. As we know that the list for the academy awards will be announced tonight at 7 PM.

On the other hand, Ram Charan will be seen in S. Shankar’s future directorial RC15. The film stars Ram Charan and Kiara Advani in the lead roles marking the second collaboration of the lead pair after the 2019 action film Vinaya Vidheya Rama.

Touted to be a political thriller, RC15 which is currently filming is slated for a theatrical release by the end of 2023 or in early 2024.