I will stay with TDP, clears Ganta Srinivasa Rao 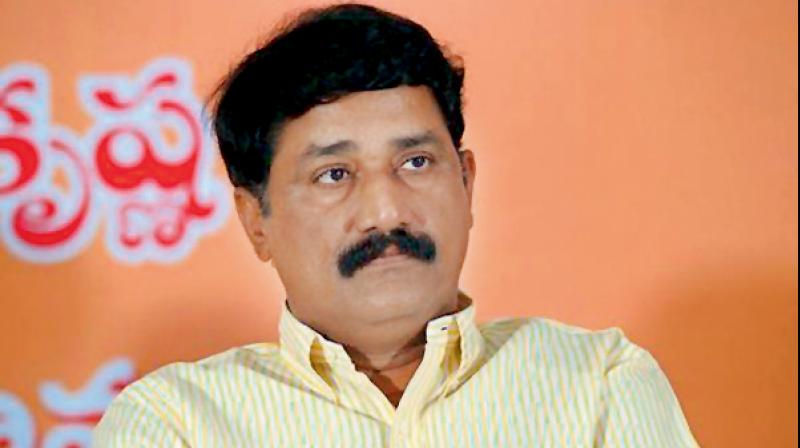 Marking the occasion of NTR Sr’s death anniversary, its MLA Ganta Srinivasa Rao has given a much-needed sign of relief and hugely boosted the TDP by clearing all the rumors regarding this party change.

The most influential Visakhapatnam leader, Ganta Srinivasa Rao has been troubling the TDP by sending feelers that he might leave the party and join either BJP or YSRCP to continue his political journey. His absence in the party’s political meetings and his being far from the Chief’s roadshows intensified the speculations whenever Ganta met leaders of other parties. However, the Vizag North MLA cleared everything by paying a visit to the NTR Sr’s memorial and declared that he will be with the party.

Ganta claimed that he never made any comments regarding leaving TDP anytime and it was all speculated by the opposite camps of his to tarnish his image. The most powerful leader who can influence at least two to three MLA seats and an MP seat with his vote bank declared that TDP was like his extended family and he would walk with it no matter what until the end.

This is indeed a gift for the TDP in the region of Visakhapatnam which was in confusion until now. TDP needs powerful leaders like Ganta to dethrone Jagan and YSRCP in the upcoming elections of 2024 in Andhra Pradesh. Observers say that the alliance with Janasena would make TDP form the government next time so it was a wise and calculated decision from Ganta’s quarters.