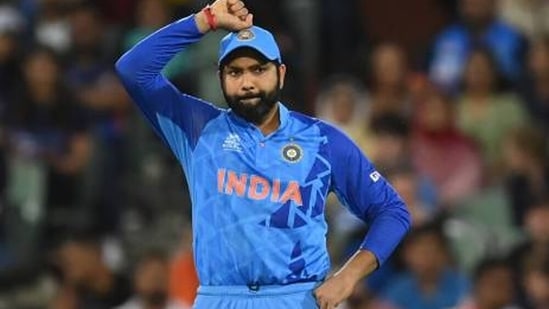 As India gear up to face Bangladesh in three ODIs starting from Sunday, there will be a lot of fascinating sub-plots to explore from the visitors’ point of view with the 2023 ODI World Cup less than a year away.

The series against Bangladesh marks the return of Rohit Sharma, Virat Kohli, KL Rahul, and Mohammed Shami to the ODI fold, along with fresh faces in Kuldeep Sen, Rajat Patidar and Rahul Tripathi.

In a select media interaction organised by Sony Sports Network, former India left-arm spinner Maninder Singh spoke about Washington Sundar’s big opportunity in Bangladesh, Rohit and Rahul coming back in ODIs and why he feels India should have included a wrist-spinner for the three-match series.

Q. Washington Sundar recently performed well in New Zealand, especially with the bat under pressure in ODIs. With no Hardik Pandya and Ravindra Jadeja for the ODIs against Bangladesh, do you think Washington can step up to be the finisher as well as become that sixth bowling option which India is looking for?

A. As far as the sixth bowling option is concerned, there’s no doubt as he bowls well. He has got big capabilities as a player. Whenever he bats, it makes people feel that he has got a lot of firepower. Here in Bangladesh, there’s no Hardik Pandya or Ravindra Jadeja. So, there is a huge opportunity for Washington Sundar.

But the one problem which has been there with him is his previous injury issues. Due to that, he hasn’t been able to pick the rhythm in international cricket. As far as his talent is concerned, I do not doubt in my mind that he’s a very talented cricketer. Like, from seeing him play impressively in New Zealand, if he doesn’t have injury or fitness problems, then there’s a huge chance for him to cement his place in India’s white-ball side.

Q. India skipper Rohit Sharma didn’t have the best of times with the bat in T20 World Cup. Now he’s coming back to international action after a short break. How do you see this series for him as India gear up for a home ODI World Cup?

A. I feel he has a lot of cricket left in him. But as you grow older, your reflexes become slower. He’s got an example in front of him in Virat Kohli that as you grow older, you need to work a little bit harder on your fitness because, during T20 World Cup in Australia, I saw this was an aspect where he will have to work harder if he wants to prolong his career.

With the time he had, he must have worked hard on this and analysed the mistakes which were made previously and what he needs to do to get into the rhythm. As a captain also, he must have thought a lot as he’s a good-thinking brain. Rohit Sharma is a game-changer in white-ball cricket and he’s a match-winner.

With India playing the World Cup next year, he’s got a chance to replicate what Mahendra Singh Dhoni did in 2011. Also, when a captain performs well, it rubs off on the team too. But when he doesn’t perform well, the team also starts to have issues. I hope the break helped him reflect on previous shortcomings because he will play a huge role for India in the World Cup.

Q. KL Rahul is currently the vice-captain of the Indian team. But how does he fit into the playing eleven, as an opener or in the middle-order?

A. A lot of talking needs to be done to KL Rahul because he seems to have gone into a shell since the Zimbabwe series, where he came back from a long injury. He has to come out of his shell as we know what kind of a cricketer he is and the class he has.

He cannot think like he can use up 5-6 overs upfront in ODI cricket because one has to take advantage of the first 10 overs. If he makes only a few runs in the initial overs, then it’s a waste.

He needs to take a fearless approach in T20 and ODI cricket, which he had done previously and he needs to be told about it. You can be dropped even if you’re a vice-captain if you are not doing well.

Q. In the upcoming ODI series between India and Bangladesh, there is no specialist wrist-spinner picked by both teams. Are you surprised that this will be a very rare ODI series where there is no wrist-spinner, especially when that kind of bowling has been dominant in 50 overs in the last five-six years?

A. I don’t know much about the Bangladesh team. But the Indian set-up has wrist-spinners. We have Rahul Chahar, who did well in some matches he played, and had some not-so-good outings too. Otherwise, we also have Yuzvendra Chahal and Kuldeep Yadav, who many are thinking will be participating in the future ODI World Cup.

These two boys should have been in the team for the ODI series against Bangladesh because wrist-spinners or leg-spinners win matches. We had seen that these two get you wickets in the middle overs, which helps to keep the run-rate down. I was surprised on not seeing them in the squad for ODIs against Bangladesh and I hope there are no injuries.

Otherwise, a wrist-spinner should have been there as they do play a very important role in white-ball cricket. We already made the mistake of not playing a wrist spinner in the T20 World Cup. If you don’t play bowlers like Kuldeep regularly, then how will you know what they can offer in the run-up to the World Cup?