YSRCP’s peaks of publicity: CM and Ministers’ pics on textbooks 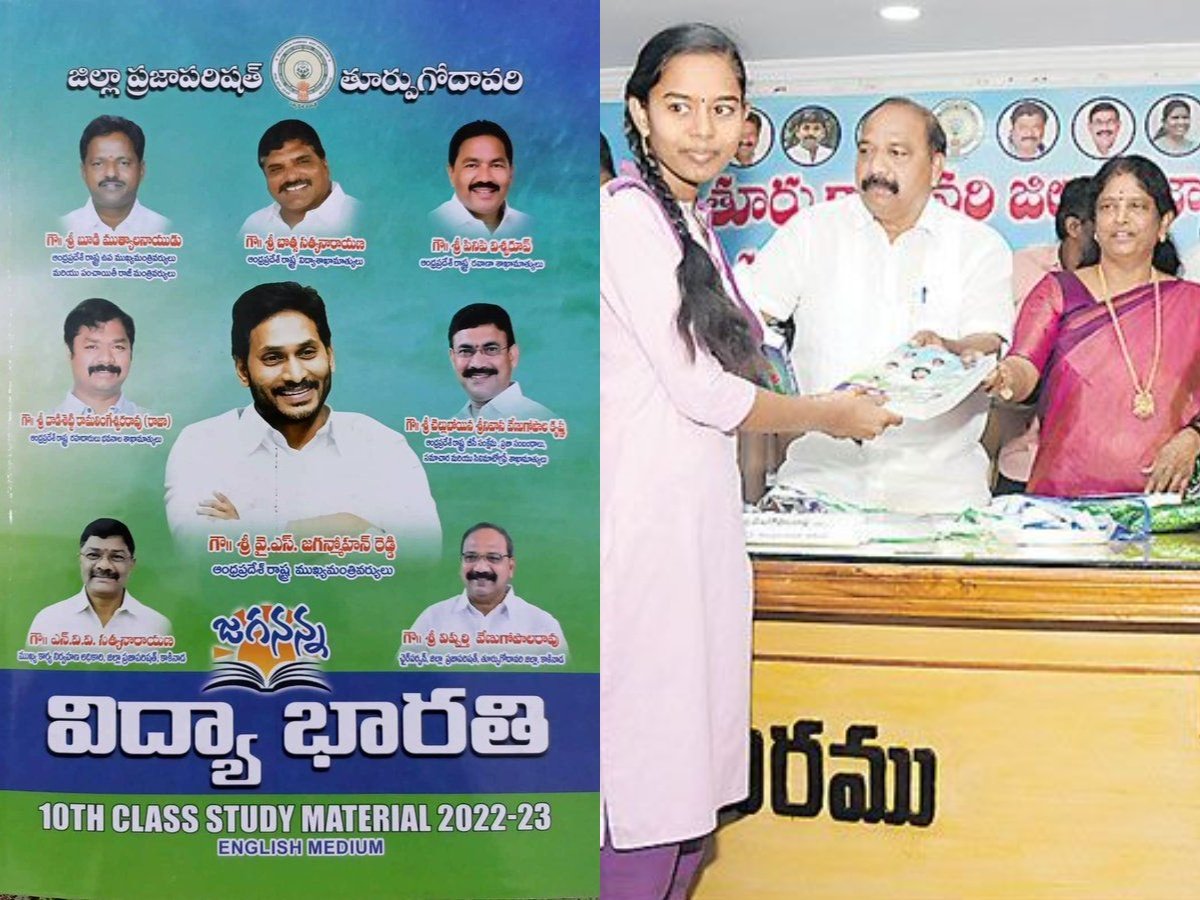 AP CM YS Jagan Mohan Reddy shocked the students and parents of Zilla Parishad School with his new way of publicizing his party YSRCP and government. The statesman dared to publish his along with his ministers’ pictures on the covers of school textbooks.

Going into the details, the AP Government suddenly woke up and issued new textbooks citing a refreshed syllabus and distributed them in Kakinada’s Zilla Parishad School for tenth-class students. Upon observation, there was not much change in the syllabus in the issued books compared to the old ones. Apart from this, the book covers are filled with Jagan Mohan Reddy and other YSRCP leaders as an attempt of pure publicity, and this was taken super negatively by the commoners and parents of the students. Oppositions are finding faults with the misuse of funds to print new textbooks when the exams are within two months when the state is in a revenue deficit.

Political observers state that this is a new low the ruling party has gone in recent times and they find a pattern. Initially, CM Jagan used his father YS Rajasekhar Reddy’s images on the freebies and schemes, and then he added his photo along with his father. And now he completely erased YSR’s photos and only kept his own to brand his own image of governing to come into power yet again. Also, he changed the names of other legends like NTR Sr’s names and bagged unwanted controversies. Be it his own ideas or his most expensive government intellectual experts’ ideas, all these are backfiring at the ruling party in a big way.