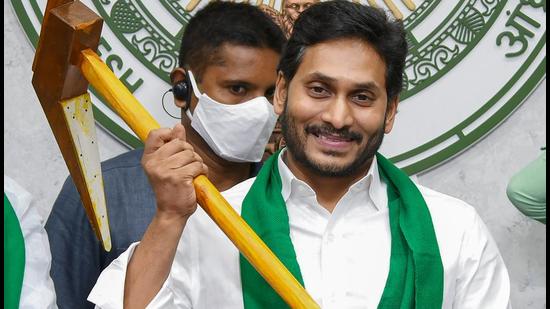 The opposition party TDP has come up with the best rhetoric to the AP CM Jagan and his camp regarding their trials to stop their scion Nara Lokesh’s Padayatra. They used Jagan’s mother Vijayamma’s old video to counter him in the best possible way.

It is a known fact that the YSRCP government is trying its best to limit the Padayatra of Nara Lokesh using GO-1 by even approaching the Apex Court of India. Since the Supreme Court didn’t help the YSRCP, Jagan is now trying to trouble Lokesh by making the Home Ministry ask for the entire details and road map of Lokesh’s 4000 kilometers walkathon that lasts for 400 days. They back their investigation by stating that the government was determined to save the lives of people and not to repeat the stampedes like Kandukur.

Meanwhile, the TDP leaders came up with an interesting video of Jagan’s mother YS Vijayamma where she talks about the practice of Padayatra. In this video, Vijayamma states that no CM ever in the history of Indian politics halted the Padayatra of opposition leaders and it was indeed a disgrace. She made these comments when KCR tried to trouble her daughter YS Sharmila’s walkathon in Telangana in the past. Now the TDP leader Pattabhi directly asked Jagan to listen to his mother and follow it rather than creating hurdles. He also claimed that it is not possible to give the whereabouts and details of Lokesh prior as it is not planned or predicted since the tour lasts for 400 days. This is said to be the best comeback by the opposition party in recent times.