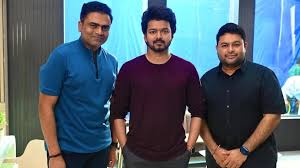 Vamshi Paidipally is a successful director in the Telugu Film Industry. Apart from his debut movie, all his other films have been hits. Surprisingly after Maharshi, Vamshi Paidipally picked the Tamil industry and does a film with Vijay. Varisu which was released for Sankranthi did exceptional business and turned out to be a super hit there. Though the content received mediocre ratings, Vijay’s star power pulled things off.

According to the latest update, Vamshi Paidipally will not be returning to the Telugu Industry but instead be doing a Tamil movie as his next. However, it is still unclear whether it will be with Vijay or another Tamil star but Vamshi along with his team Hari and Solomon is currently working on another interesting project.

Generally, Vamshi takes more than a year to complete the script so we might expect an announcement from him by the end of this year or so.