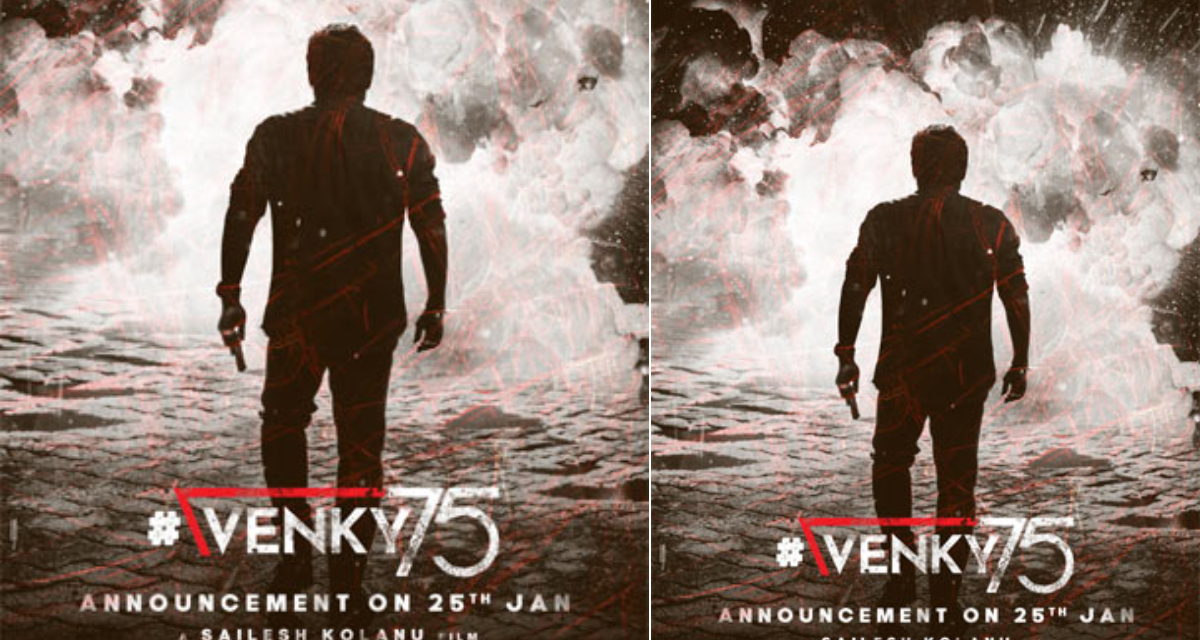 Most celebrated veteran family hero Victory Venkatesh is all set to start his career’s landmark 75th film. The makers of this film revealed a pre-look poster along with other details of the core cast and crew.

Post F3, Venkatesh has waited for a perfect film to score a hit with his 75th film and everyone wished to be a family entertainer with emotion. After taking a sweet time, he surprised everyone with project #Venky75 under the director Sailesh Kolanu of HIT franchise fame. According to the team, the director narrated a sleek action thriller in his own style and the veteran hero immediately gave his nod, wasting no time. In the released poster, one can see the intense Venky from the back angle while he walks fiercely carrying something in his hand.

This movie is bankrolled by the producer Venkat Boyanapalli who entered into the industry with a classical hit like ‘Syam Singha Roy’ with hero Nani under the production house ‘Niharika Entertainments’. The movie’s official launch will be done on the 25th of this month officially in Hyderabad with the lead cast and crew. Daggubati fans are already delighted to hear this announcement as they have been eagerly waiting for the 75th movie of their favorite hero.