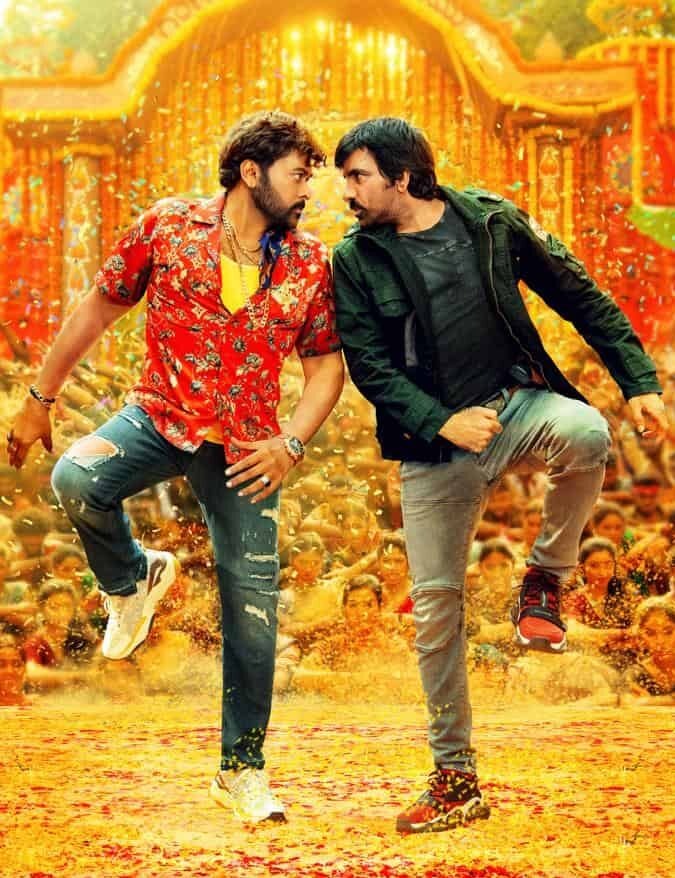 The team of ‘Waltair Veerayya’ is super aggressive in promoting the film by consistently releasing the promos and songs in regular intervals. The makers revealed the Mega-Mass poster of Megastar Chiranjeevi and Mass Maharaja Ravi Teja from the flick.

Already the makers released three songs and now they are trending all over in the parties and discos as DJs have been choosing the ‘Where is the party song. To add to that list, the extended cameo hero Ravi Teja via his Twitter released a poster where he was seen gracing a step with his favorite hero Chiranjeevi. Seeing these two together is a full feast for mass fans and the expectations rocketed like anything. Along with the poster, the ‘Dhamaka’ star asked the fans to wait until the 30th of this month to experience the Mega-Mass Boss song of the year. Sources close to the unit claim that these two have ramped up the buzz like anything and this song will not let anyone sit on chairs in the theaters.

Directed by Bobby, the movie is produced by Mythri Movie Makers. Shruthi Haasan is the female lead and Catherine Tresa plays a pivotal role. DSP has scored the music and background. The movie is gearing up for its worldwide release on the 13th of upcoming January.