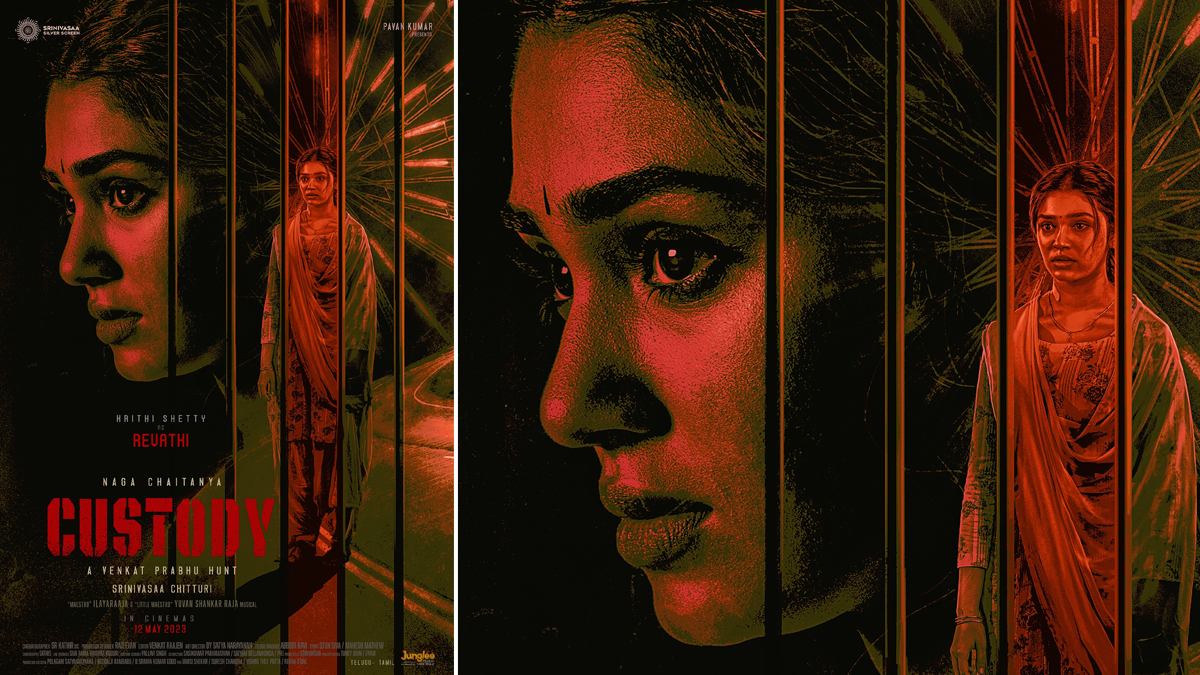 The glamorous doll Krithi Shetty has been finding projects despite hits and flops in her career. The makers of Chai’s upcoming cop thriller ‘Custody’ unveiled the first look of Krithi Shetty along with shedding a ray of light on her character arc.

Krithi is teaming up with Naga Chaitanya for the second time in a row after the ‘Bangarraju’ movie. Uppena fame is celebrated as one of the most sought-after actresses for her looks and dancing skills. However, the heroine is seen in a rather intense role in the movie ‘Custody’. The producer Srinivasa Rao Chitturi via Twitter released the first look of Krithi as she looks deliberately with furious looks behind the bars. The entire ambiance of the poster was in red denoting a serious layer of drama. Along with the first look, the producer wrote that ‘Revathi’ is indeed resilient, hinting at a huge variation and emotion in her character other than just glamor. Already the first look of Chai among the policemen projected that this is not a regular commercial entertainer

This movie is directed by the allrounder Venkat Prabhu of ‘Gambler’ fame. Ilayaraja and his son Yuvan Shankar Raja are together working on this project for music and background. Until now the promos are only sending positive feelers and now it is very much convinced that the entire team is trying something thrilling and captivating to cater to movie lovers.