Pathan crossed KGF and stood next to Baahubali-2 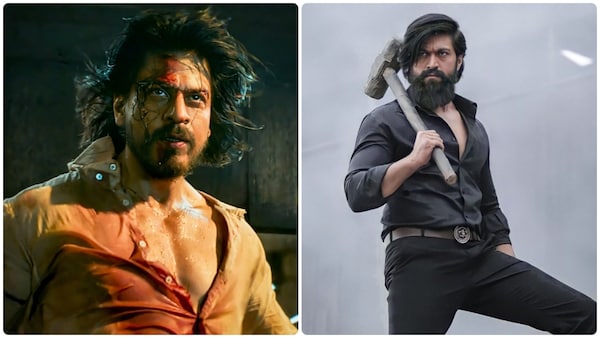 Bollywood Baadshah Shahrukh Khan is coming with his action thriller ‘Pathan’ today and the premiers already are shattering many existing records. This movie is now the Hindi movie lovers’ new favorite as they throng to book tickets in order to watch the movie on the first day itself.

SRK took a gap of four years to come up with the right script as his previous ventures failed miserably at the box office. Also, the fact that Bollywood is failing to score hits while the South movies are reigning at the national level, and the North belt is looking forward to one blockbuster to bring back the lost charm. So the stage is perfectly set for ‘Pathan’ and thanks to the Boycott movement along with Deepika Padukone’s saffron bikini controversy, the movie got a lot of buzzes.

Ardent fans and Bollywood lovers started booking tickets prior and at a stage, the online servers crashed due to overbookings. Counting the premiers and the first-day ticket bookings until now, ‘Pathan’ managed to sell 5 lakh tickets until now and broke the record of KGF-2, and stood only next to the magnum opus Baahubali-2. If the film manages to get positive word of mouth, Pathan has all chances to become the much-needed blockbuster for both Shahrukh Khan and Bollywood.

Directed by Siddharth Anand, the movie has Deepika Padukone as the female lead and John Abraham in a crucial role. The movie is releasing in almost 100 countries worldwide today.