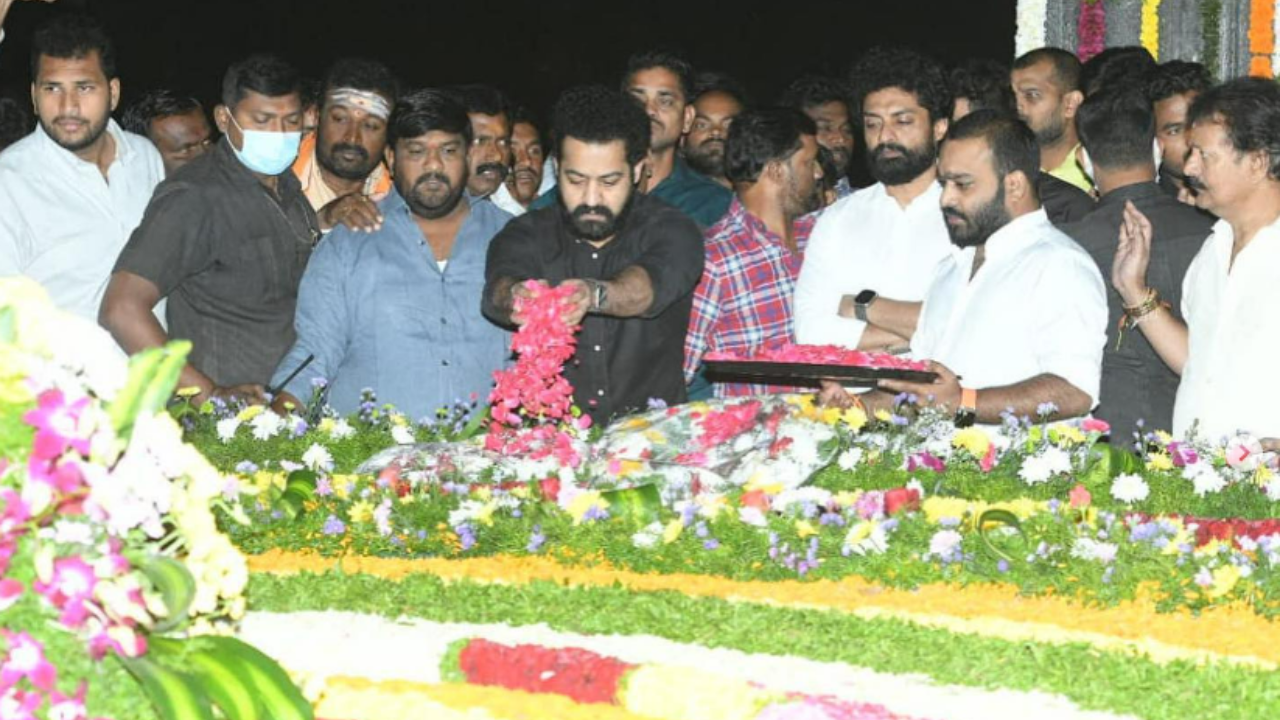 Nandamuri family is one of the most influential filmy families in the south. From the legendary Nandamuri Taraka Ramarao garu to now Jr. NTR, the family launched a wide range of actors over the decades.

But Nandamuri Taraka Ramarao always has a special place among the hearts of the Telugu audience for his roles and performances. Many fans and netizens still cherish his films even today.

Now remembering this veteran actor on his 27th death anniversary on January 18, Tollywood actors and brothers Jr. NTR and Kalyan Ram paid tribute to their grandfather at NTR Ghat in Hyderabad.

The Nandamuri brothers offered prayers and paid floral tribute to Sr. NTR on Wednesday night. The pictures and videos from the NTR ghat are now trending on social media as the south audience from every nook and corner of the country is remembering the actor on this day.

Meanwhile, Jr. NTR who attended the Golden Globes in LA along with the lead cast of RRR including Ram Charan, Rajamoli, Keeravaani and others is currently busy with his upcoming ventures NTR30 and NTR31.

Tentatively titled NTR30 is helmed by Koratala Siva. The details about the cast and crew of this action drama are yet to be revealed. On the other hand, ace filmmaker Prashanth Neel will direct NTR31 while the Tollywood prestigious banner Mythri Movie Makers in association with Nandamuri Taraka Ramarao Arts is bankrolling it.