I love to work with Balayya: Harish Shankar 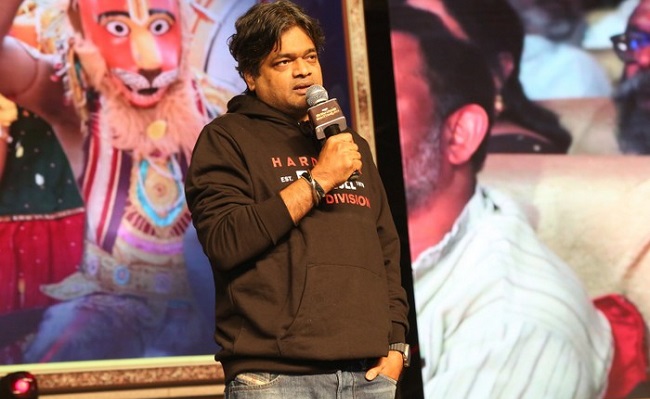 The dashing director Harish Shankar has made some sensational comments and made Nandamuri fans happy. The crazy maker who is known to be a hardcore fan of Powerstar Pawan Kalyan declared he aspires to do a film with Nandamuri Natasimham Balakrishna in the near future.

The entire team of ‘Veera Simha Reddy’ celebrated a grand success in Hyderabad as the movie emerged as a super hit financially entering the profit zone in most of the regions. Harish who was also invited as a guest to participate in the celebrations spoke about his wish to work with Balayya. After congratulating the entire team, Harish claimed that he had been waiting for a chance to work with Bala Krishna in association with Mythri Movie Makers and the latter also asked him to prepare a script if possible. So the ‘Gabbar Singh’ maker declared that soon he will write a commercial potboiler keeping Balayya in mind to entertain Nandamuri fans.

This has excited the attended hardcore fans of Veera Simha Reddy as Shankar is known to present his heroes in a comical yet powerful manner. He is yet to start his upcoming project ‘Ustaad Bhagat Singh’ with Pawan Kalyan under the same Mythri Movie Makers banner while Balayya is working with the director Anil Ravipudi for his next. One has to wait and see when this Harish-Balayya-Mythri Movie Makers project would actually finalize.