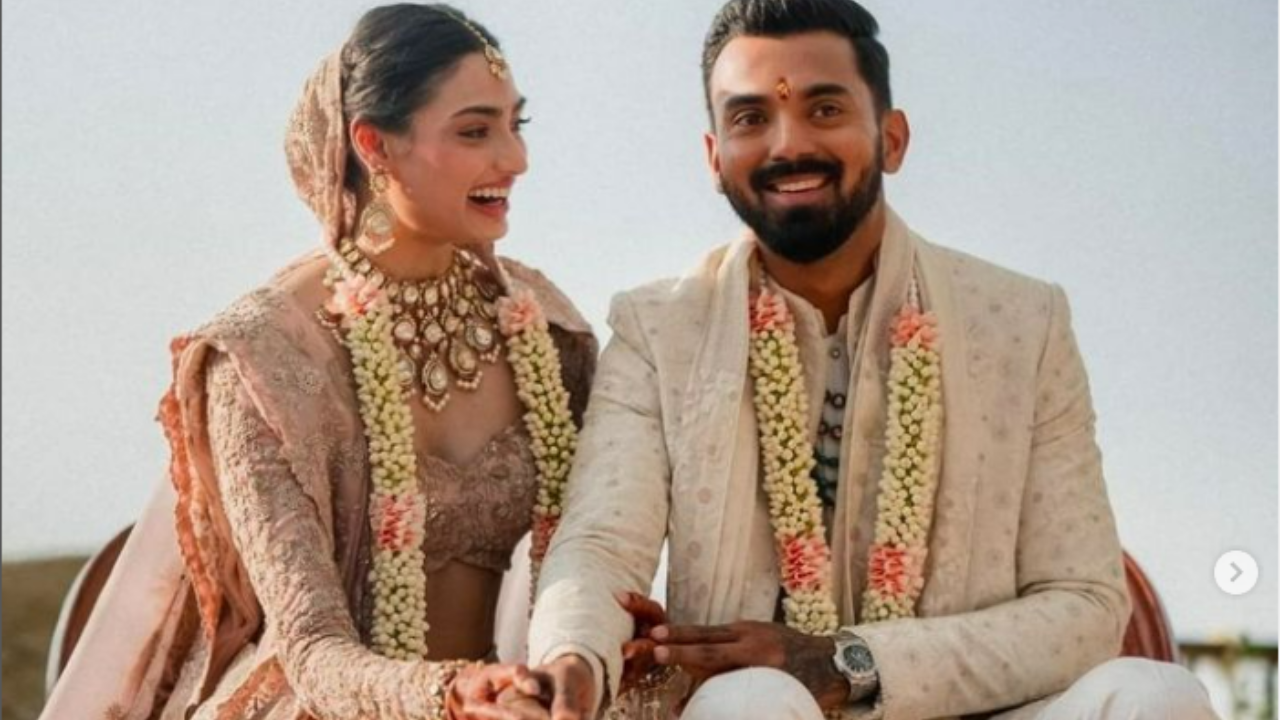 Bollywood actresses marrying Indian Cricketers have been a recent trend these days. After Harbhajan and Geeta Basra, Yuvraj Singh and Hazel Keech, and Anushka Sharma and Virat Kohli, now another couple joined this list.

It is none other than the Indian Cricketer KL Rahul and Bollywood actress Athiya Shetty. Reportedly, the young couple tied the knot today (On January 23) in an intimate ceremony at Suniel Shetty’s lavish residence in Khandala.

The pictures of Suniel Shetty along with his son Ahan Shetty distributing the sweets to the paparazzi are now going virl on social media.

Many A-list celebrities from Bollywood including Arjun Kapoor, Anshula Kapoor, Krishna Shroff, Akansha Ranjan and others attended the wedding ceremony. Meanwhile, KL Rahul’s cricket team members have skipped the event as they are all headed to Indore for tomorrow’s 3rd ODI with New Zealand.

On the other hand, star actors like Ajay Devgn, and Sanjay Dutt who shares a great rapport with Suniel Shetty wished the newlyweds on their big day.

Speaking about Athiya Shetty, she is the daughter of the Bollywood actor Suniel Shetty and his wife Mana Shetty. Athiya made her Bollywood debut with the 2015 romantic action film Hero. She later appeared in films including Mubarakan, Nawabzaade, and Motichoor Chaknachoor.

As we know that KL Rahul and the young actress have been dating for a long time. The duo was even spotted together on numerous occasions. Recently, the couple made it official on social media by posting pictures together.