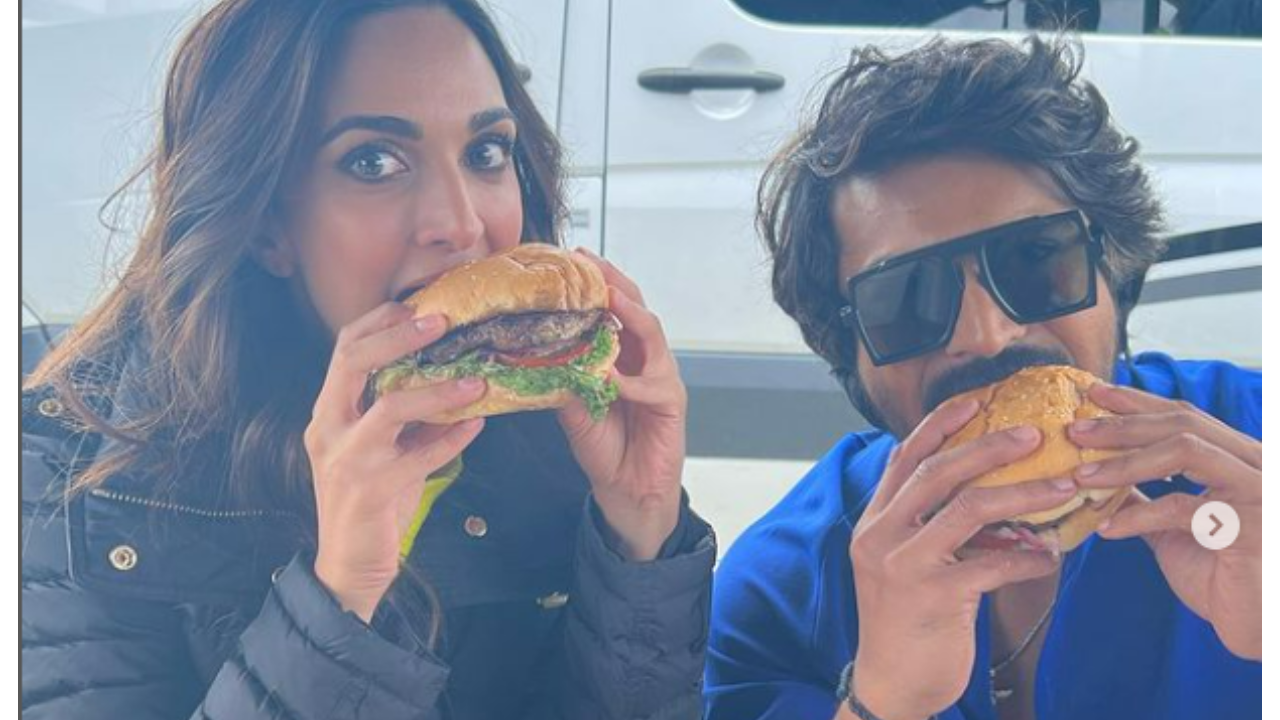 Tollywood Mega Powerstar Ram Charan who gained worldwide recognition after the success of Rajamouli’s magnum opus RRR is currently filming for his upcoming next RC15 with his co-star Kiara Advani in New Zealand. Now a latest picture of the lead cast is going viral on social media.

Going into the details, earlier today, Kiara Advani took to her Instagram and dropped a picture of them together along with a caption saying- ‘Song shoot diet in New Zealand’.

In the picture, Ram Charan and Kiara Advani looked stunningly beautiful together as they posed for the cameras with eating burgers.

As we know that the leading pair was already teamed up together in the 2019 action drama Vinaya Vidheya Rama. Although the film tanked at the box office, the pair received applause for their on-screen chemistry.

Speaking about RC15, the political action thriller marks the Tollywood debut of the Tamil ace filmmaker Shankar. Presented by Dil Raju and Sirish under the banner Sri Venkateswara Creations, RC15 stars Ram Charan and Kiara Advani in the lead roles while S. J. Suryah, Anjali, Jayaram, Sunil, Naveen Chandra and others will be appearing in vital roles.

Clouded with heavy expectations, RC15 is slated for a grand theatrical release in 2023.