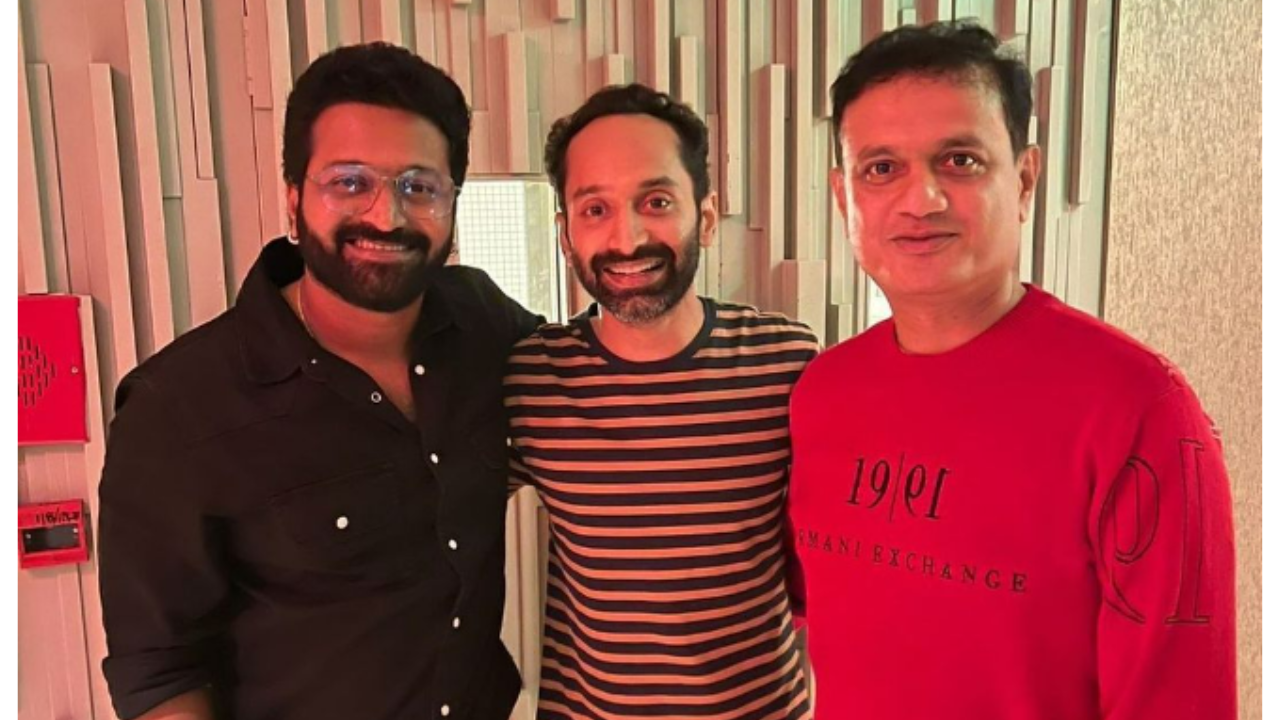 The versatile actors Rishab Shetty from Sandalwood and Fahadh Faasil from the Malayalam industry were recently spotted together. Their viral pic with the KGF producer Vijay Kiragandur is doing rounds on the internet.

Sharing the same on his Instagram handle, Vijay Kiragandur wrote- ‘A Delightful evening with the two Gems!’ From the pic, we can see the trio happily posing for the cameras.

Presented by Vijay Kiragandur under his own production house Hombale Films, Kantara was released on September 30 of this year and emerged as the second highest-grossing Kannada film of all time.

Pushpa: The Rise actor is currently busy with various films including Maamannan, Paattu, Pushpa: The Rule, Hanuman Gear, Dhoomam, and many others to the list.