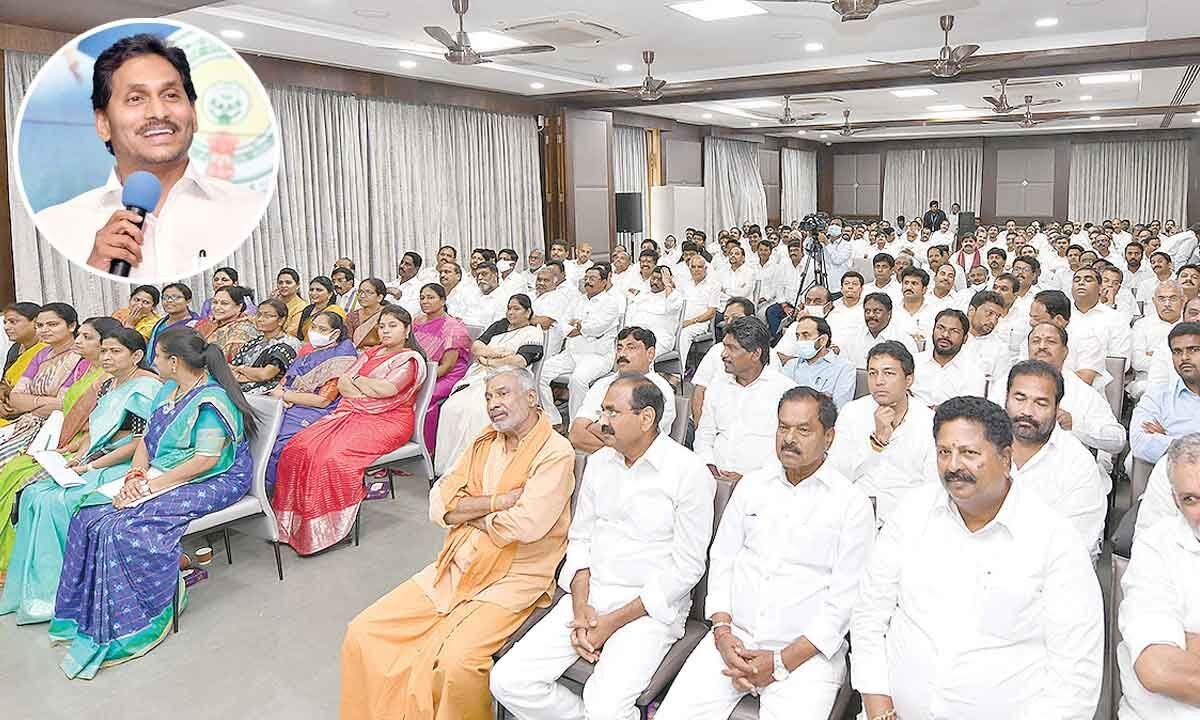 The YSRCP Chief YS Jagan Mohan Reddy has been warning his leaders and in charge to work hard to break the anti-incumbency or else their posts shall be removed. As expected, he has made a lot of changes in the region in charge shocking a couple of vocal leaders within the party.

Jagan who is keen on winning the elections for the second time in a row is pushing his MLAs and MPs beyond their limits by asking them to participate in programs like ‘Gadapa Gadapaki Jagananna’. However, some leaders are not doing it as they faced backlash from the voters. Keeping all the accounts in his mind, Jagan the other day made shufflings among the leaders. The CM shook the leaders Sajjala, Kodali Nani, Buggana, Anil Kumar Yadav, and a couple more by removing them from the post of incharges and coordinators of their respective regions. Also, another 8 district party heads were also ousted from their responsibilities and new heads were given a chance. Sources close to the Blue camp say that some of the incharges themselves asked to be relieved as they were unable to answer the locals regarding the ruling of YSRCP. However, the hell-bent Jagan was only concentrating on forcing his leaders to implement his plans rather than taking their advice.

Among all the old heads, Only the minister Peddi Reddy and his MP son were asked to continue the responsibilities and almost all the others were replaced. Seems Jagan is desperate on winning the 2024 polls at any cost by hook or crook as he knows if the opposition wins, they would implement revenge politics on him.