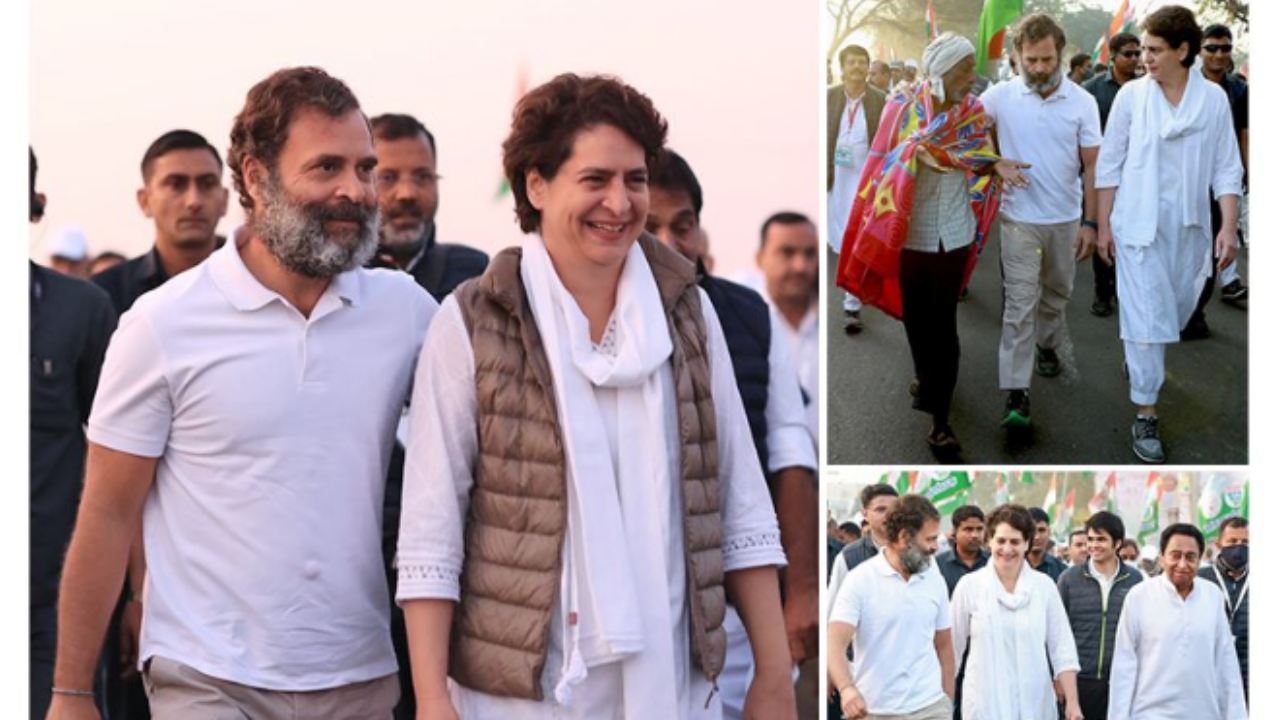 On Thursday, the General Secretary of the All India Congress Committee in charge of Uttar Pradesh, Priyanka Gandhi Vadra joined her brother Rahul Gandhi’s Bharat Jodo Yatra along with her husband Robert Vadra and Rehen Vadra.

Appreciating his sister Priyanka Gandhi and her family’s support, the congress party leader took to his Twitter handle and dropped some pictures of the duo from the Yatra along with a note saying- ‘We have made many places by fighting along the way. If we are together then we are sure that we will definitely reach our destination.’

These pictures are now going viral on social media and receiving the netizen’s love and wishes for the sibling duo.

Speaking about the Bharat Jodo Yatra, Rahul Gandhi began the foot march from Borgaon in the Khandwa on the second. If sources are correct, the yatra will arrive in Rajasthan from Madhya Pradesh after traveling 380 kilometers this coming December 4.