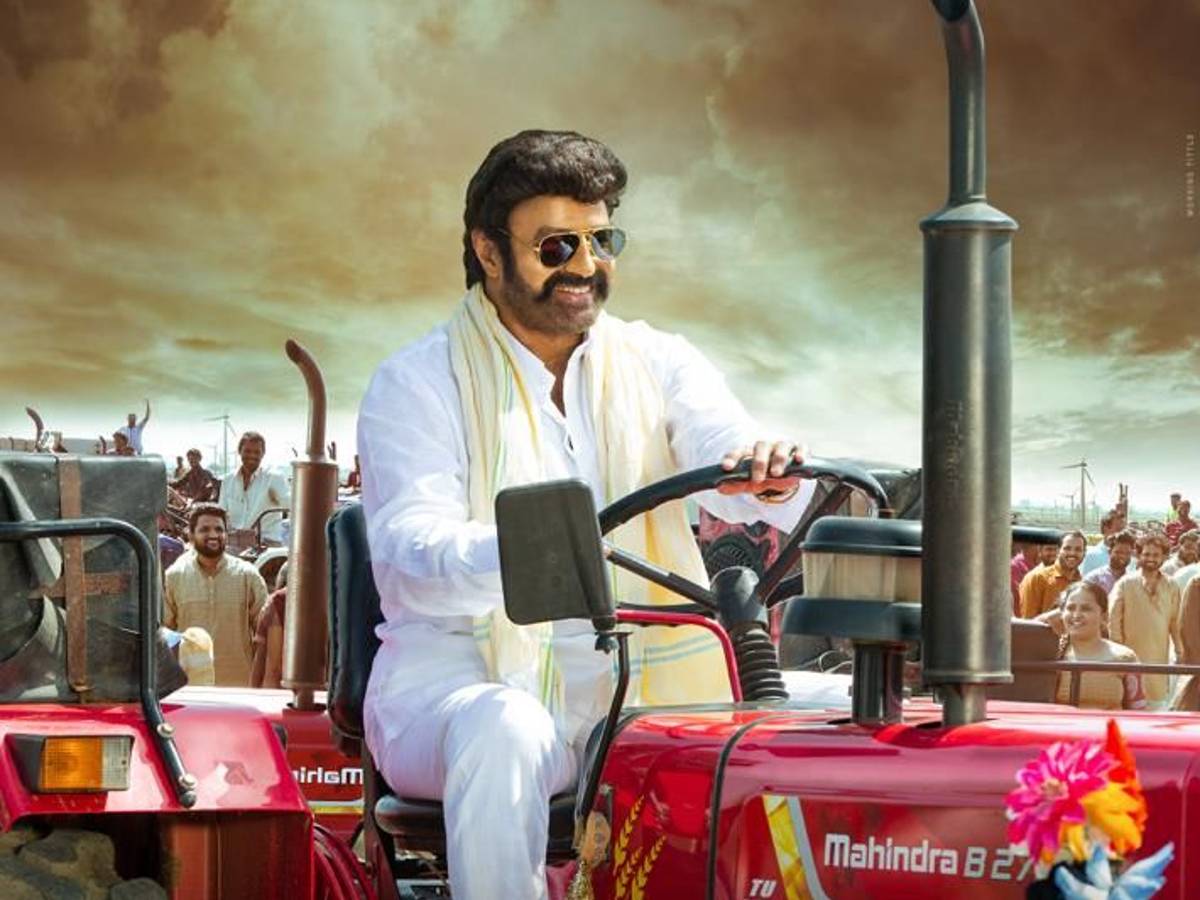 Nandamuri scion Balakrishna is making a buzz with his next, ‘Veera Simha Reddy’. The makers of this project have released a crucial update along with a dashing look at this veteran star hero.

Balayya has been riding high with the super success of his previous outing ‘Akanda’ and he is keen to continue the magic with ‘Veera Simha Reddy’. Mythri Movie Makers the other day announced that the first single from this movie will be out on the 25th of this month. Apart from this reveal, the picture of Balayya is going viral. The crazy star sitting on a tractor with some rural background cladded in cotton dhoti while sporting black shades is appearing uber cool with a tinge of mass. The overall look brings back the memories of ‘Chennakesavara Reddy’ times as the avatar of Balayya was quite vintage. Seems the director Gopichand Malineni worked hard to get the apt look of Balayya to provide a feast for his fans.

This first single and the entire music is scored by SS Thaman who also composed music for ‘Akhanda’. This movie will be out for 2023’s Pongal in competition with Megastar’s ‘Waltair Veerayya’. Already the comparisons and fan wars started yesterday with the release of the ‘Boss Party’ song from the movie ‘Waltair Veerayya’ and now Nandamuri fans are keen on breaking records set by megastar’s single with ‘Veera Simha Reddy’s first single. Reports say that this particular song would have the most famous phrase ‘Jai Balayya’ yet again thrilling his fans.