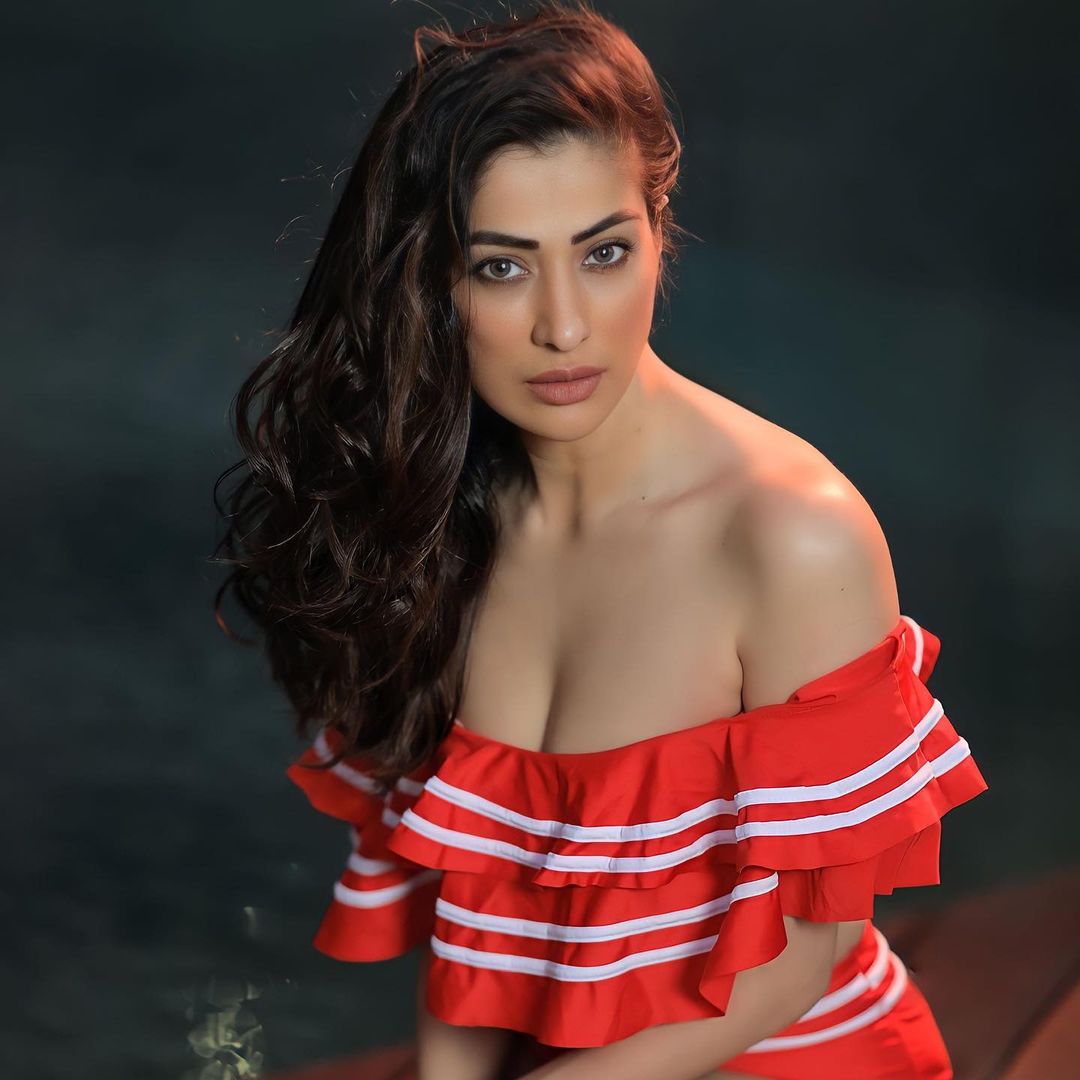 Raai Laxmi made her acting debut in the year 2005 but unfortunately, she hasn’t got the image she anticipated. Raai Laxmi is a beautiful actress who has no inhibitions to displaying her glamour. We have seen that in her debut movie Kanchanamala Cable tv. Later she went on to act in a few films in Telugu and Tamil predominately but hasn’t gotten the break.

However, there is no dearth of offers for her. Raai Laxmi is doing at least 3-4 films a year which is exceptional. She was last seen in a special song in The Legend. She will be next seen in the Telugu film Ananda Bhairavi and the Tamil movie Gangster 21.

Raai Laxmi is an active social media user as well. She posts her glamour pics which get superb responses. In the latest post, Raai Laxmi wore an off-shoulder top and took care that she displays her assets. She captioned the image, “Be sure to taste your words before u spit them out”