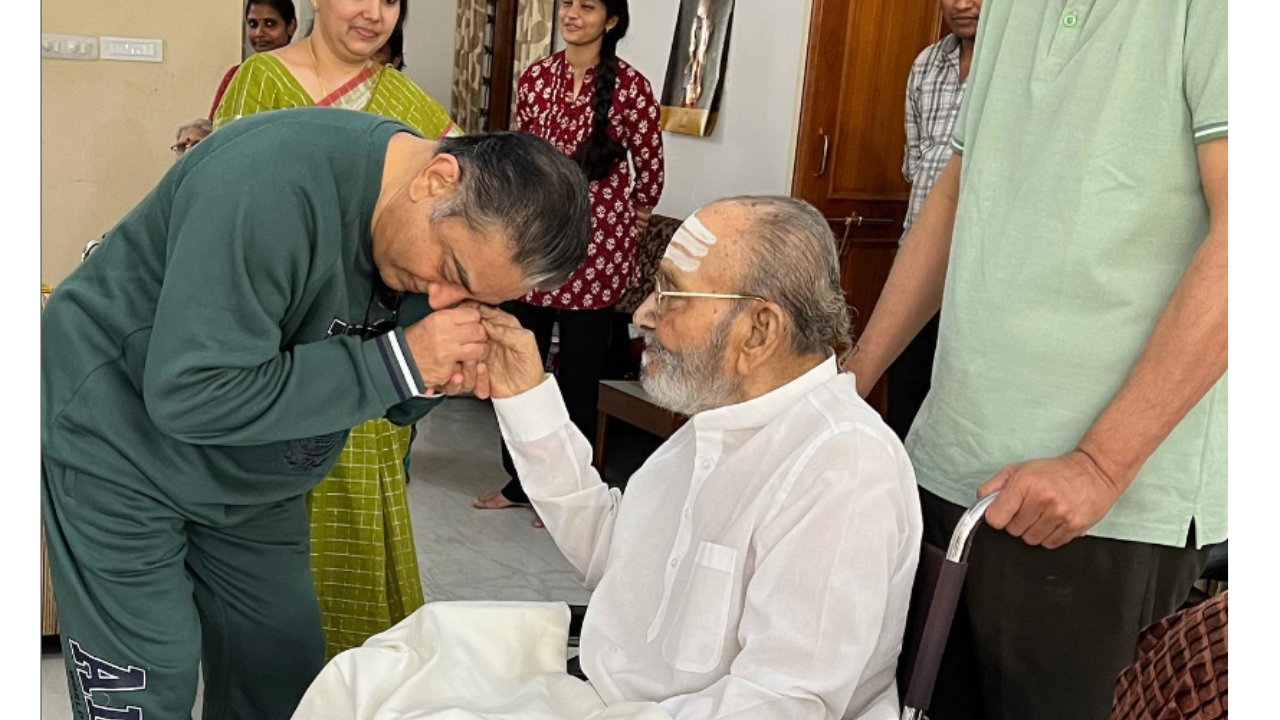 Tamil actor and politician Kamal Haasan visited the south legendary filmmaker K. Viswanath’s residence. Going into the details, on Wednesday, the Vikram actor visited Vishwanath’s house and spent some time with the senior filmmaker and his family.

Kamal Haasan took to his Instagram handle and wrote- ‘Met the master #k.viswanathsir at his home. Lots of nostalgia and respect!!’ The picture is now going viral on social media after seeing the legendary duo together after a long-time.

It is known that Tollywood Megastar Chiranjeevi also visited Viswanath’s residence along with his wife Surekha in early February of this year to celebrate the living legend’s birthday.

Meanwhile, the 92-year-old filmmaker who is suffering from age-related issues is currently residing in Chennai along with his family.

Speaking about Kamal Haasan, the actor was last seen in the recent action thriller Vikram under Lokesh Kanagaraj’s direction. Starring Kamal Haasan in the titular role, the makers of the film also roped in Vijay Thalapathy, Fahadh Faasil, Suriya and others in crucial roles.

On the other, Kamal Haasan will also be seen in the upcoming vigilante action drama Indian 2 opposite 0Kajal Aggarwal, Rakul Preet Singh, Priya Bhavani Shankar, Sukanya, Siddharth, Samuthirakani, Vennela Kishore and others.