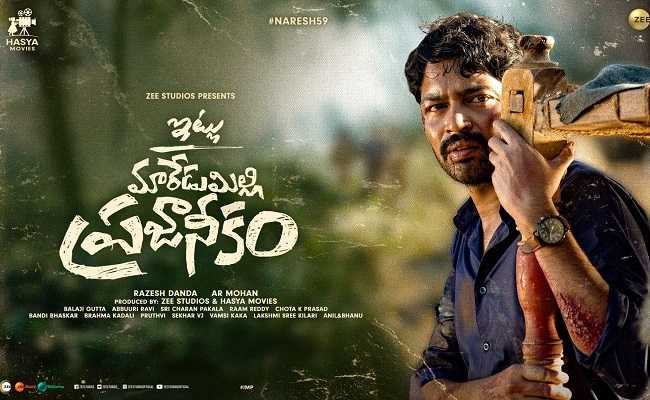 Allari Naresh after the super hit of Naandhi has inclined more towards serious dramas. “Itlu Maredumilli Prajaneekam” is one such film which is releasing tomorrow. The trailer looked decent but gave us a hint that it doesn’t have any commercial appeal. But even Naandhi didn’t have any commercial appeal before its release but it did well. Allari Naresh is hoping for a similar feat.

However, Itlu Maredumilli Prajaneekam is not carrying any buzz. Only a few hours are left for the US premieres but there is no excitement among the audiences. So, it all depends on the content.

Allari Naresh will be seen as a government official in the movie and it has Aanandhi in the female lead role. AR Mohan has directed the film.

Itlu Maredumilli Prajaneekam gets the benefit of solo release. Will Allari Naresh score another hit with a serious drama? Well, we have to wait and see.