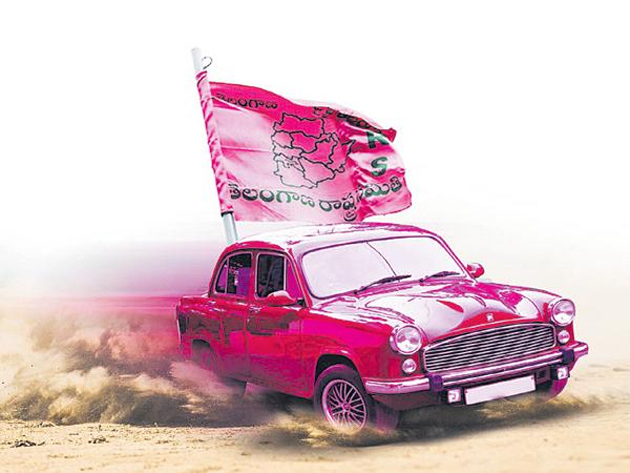 The TRS party is in full Josh with the recent win of Munugode bypolls. With doubled energy, the party is now chalking out an interesting strategy by conducting regular public meetings to win the 2023 general elections and score a hat-trick.

Be it to checkmate opponents or to counter the growing anti-incumbency, the TRS camp is now setting up meetings in all the constituencies of Telangana with their respective leaders and MLAs. Naming the meeting “Athmeya Sammelana” the meeting will be held in each assembly segment where local MLA shall be present all day long to interact with booth-level cadres and supporters to solve their issues and prepare them for the next elections.  Minister Talasalani Srinivas Yadav in a recent press meeting revealed that the Meetings are conducted at regular intervals depending on the region. He added that the Chief asked to go into the roots of the party to strengthen it even more. He claimed that the meetings are held for every two rural areas and in cities, one meeting is held for 6-7 wards. The entire aim of these Sammelana is to eradicate all the internal problems and issues of the party before the elections. Soon the entire TRS political body will sit for a quick meeting in Hyderabad and finalize the entire proceedings of this Athmeya Sammelana. For those who wonder if such meetings work or not, TRS implemented the same during the Munugode polls and won the seat with more than a majority of 10,000 votes.

The TRS Chief KCR meanwhile concentrates on having his bandwidth in National Politics to counter the BJP both in the state and at the center with his newly formed BRS party. It’s only a matter of time before TRS will win for the third time or not