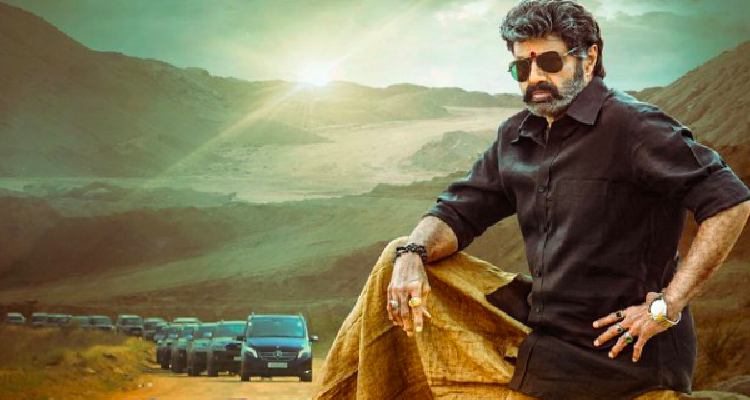 Nandamuri Balakrishna is coming before the audience with the movie Veera Simha Reddy which is said to be a mass-action entertainer. Balayya coming after the stupendous success of Akhanda meant that Veera Simha Reddy is carrying huge expectations. The movie is currently in the last stages of shooting and it is scheduled for Sankranthi release.

The movie’s musical promotions will begin soon. Veera Simha Reddy’s first single Jai Balayya will be out on 25th November at 10:29 AM. The announcement was made by releasing a poster and Balakrishna wore white and white riding a tractor. The song also has Rajasam Ni Inti Peru as the tagline.

SS Thaman has composed music for the movie. Shruti Haasan is paired with Balakrishna in the movie. Kannada actor Duniya Vijay will be seen as the antagonist. Mythri Movie Makers have produced the film on a large scale. More updates are on the way.