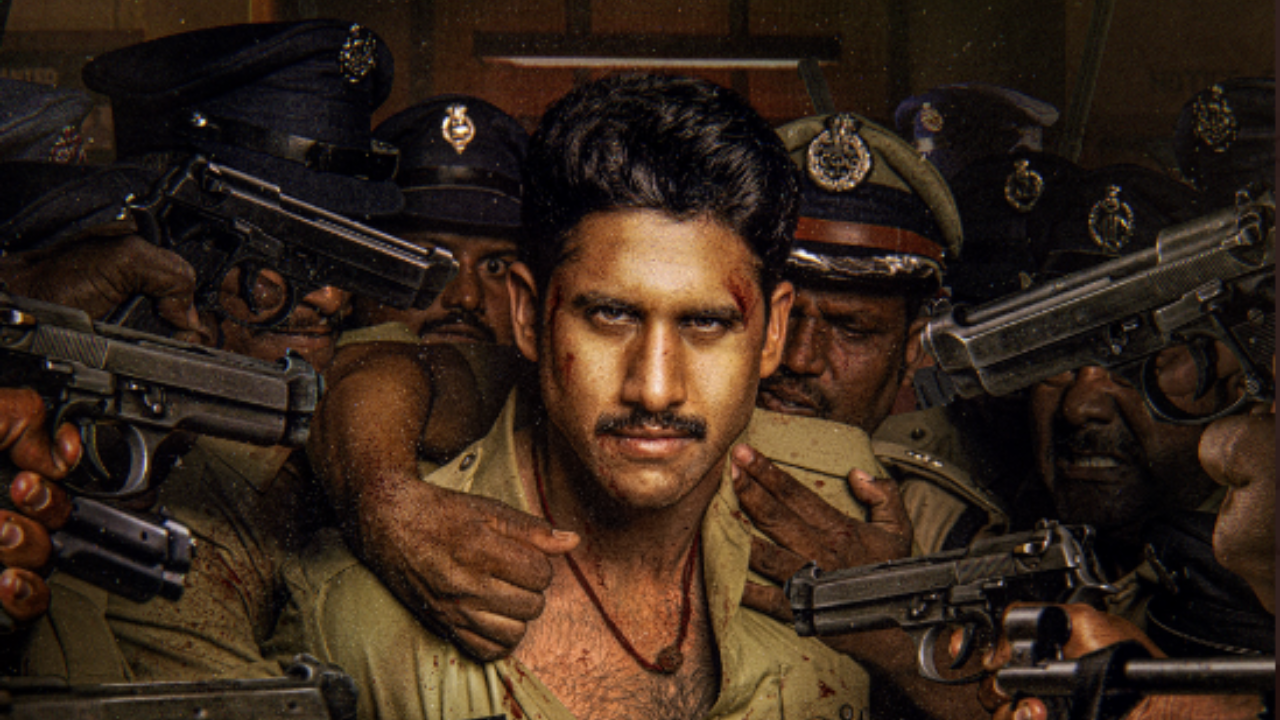 Marking the Tollywood actor Naga Chaitanya’s 36th birthday on Wednesday, the makers of the film announced the actor’s upcoming starrer NC22’s title as Custody. Earlier today, the news was announced by the makers with a new poster on their social media handles.

As we know that recently, the film unit of NC22 revealed the pre-look of Naga Chaitanya from the film which piqued the audience’s attention. Now with the new poster, one can see Naga Chaitanya in a mass avatar wearing a police uniform and surrounded by the police pointing guns at him.

Custody features Krithi Shetty as the leading lady opposite Naga Chaitanya in the flick while Arvind Swami, Sarathkumar and others will portray the vital roles.

The film’s music is composed by the father-son duo Ilaiyaraaja and Yuvan Shankar Raja. with heavy expectations, this action thriller is all set for a grand theatrical release soon.