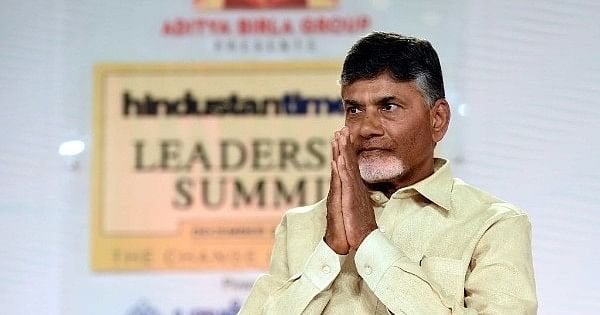 The union government has invited Telugu Desam party (TDP) national president N. Chandrababu Naidu for a crucial meeting of all political parties to be held in Delhi on December 5.

Prime Minister Narendra Modi is scheduled to preside over the meeting, convened to discuss and devise strategies to be adopted at the G20 meeting to be hosted by India next year.

Union Minister for Parliamentary Affairs Pralhad Joshi called Naidu over phone and invited him to the meeting. According to TDP sources, the former chief minister of Andhra Pradesh has accepted the invitation.

India took over the presidency of the G20 from Indonesia at the member nations’ meeting held at Bali last week.

India will officially assume the G20 presidency on December 1. Prime Minister Modi has already stated that during its stint as the G20 chair, India will organise meets in different states and cities of the country and make it a catalyst for global change.

This is the second time in more than four years that Naidu has been invited for a meeting by the Centre.

In August, the TDP chief had attended the meeting presided over by the Prime Minister in Delhi to discuss and decide various programmes as part of ‘Azadi Ka Amrit Mahotsav’.

This was the first time Chandrababu Naidu shared a platform with Prime Minister Modi since the TDP lost power in Andhra Pradesh in 2019.

The TDP had pulled out of the BJP-led National Democratic Alliance (NDA) in 2018, protesting the Centre’s refusal to grant special category Status to Andhra Pradesh.

Naidu-led party had joined hands with the Congress party for 2019 elections but it lost the power to YSR Congress Party (YSRCP) in Andhra Pradesh.

After the defeat, Naidu had admitted that snapping ties with NDA was a tactical mistake. Since then, he has been trying to build bridges with the BJP. The saffron party’s state leadership, however, remained cold to the proposal.

Jana Sena Party (JSP) led by actor politician Pawan Kalyan, who rejoined hands with the BJP in 2020, is keen to revive the TDP-BJP-JSP alliance.

In 2014, Pawan Kalyan had campaigned for the TDP-BJP alliance but later parted ways with both the parties. JSP contested the 2019 elections in alliance with the Left parties and Bahujan Samaj Party (BSP) but had to bite the dust.