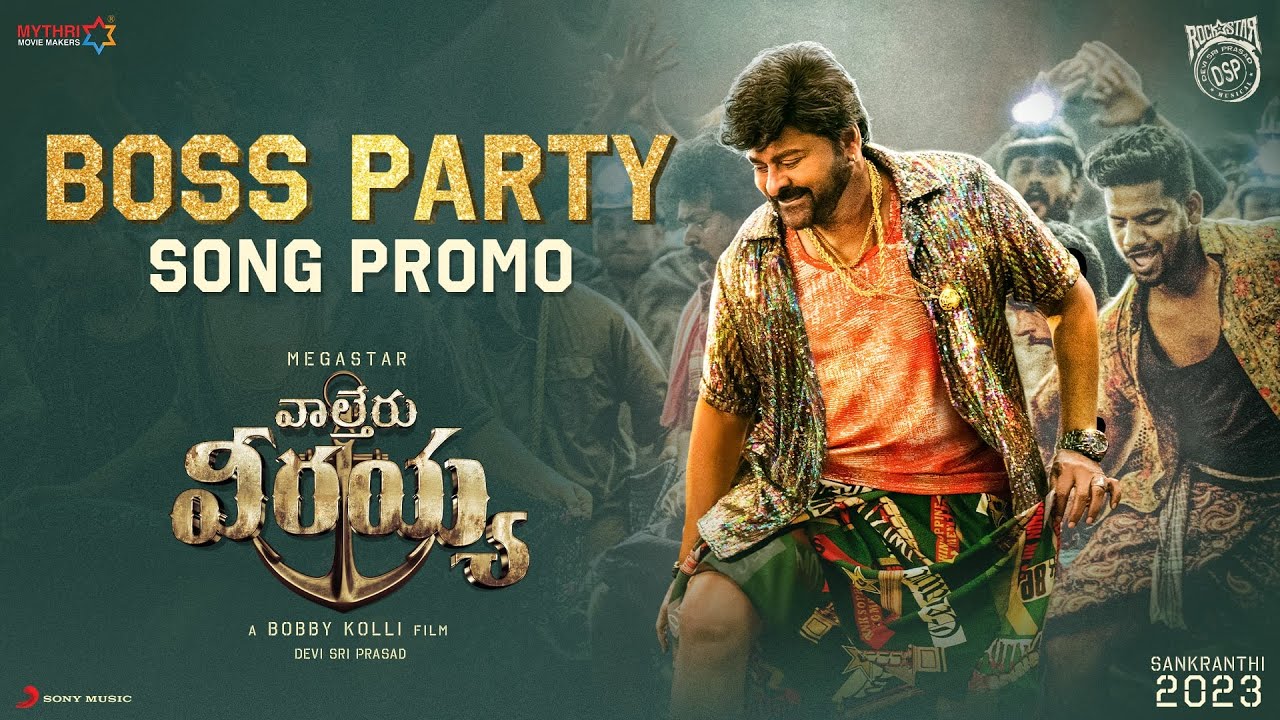 Keeping the hype up for the mega fans, the makers of Waltair Veerayya released the mass look of Megastar Chiranjeevi from the first single Boss Party. The glimpes of Chiranjeevi in a mass masala avatar sporting a lungi paired with a vibrant shirt which he accesorised with a dark sunglasses and some gold chains is now going viral on social media.

Ever since the poster came our, Mega fans and netizens can’t keep their voices down to see their favorite star in this new look.

Touted to be an action drama, Waltair Veerayya is scheduled for a theatrical release on this coming Sankranthi on January 11, 2023.