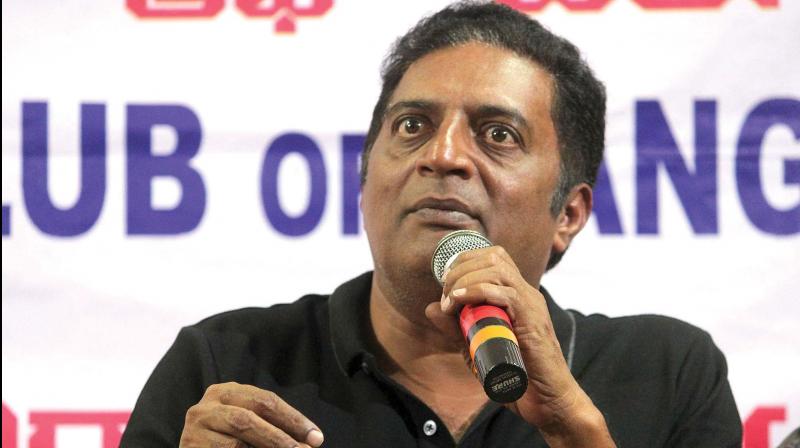 The most versatile actor Prakash Raj who is known for his enmity with the national party BJP has exposed the hypocrisy of the saffron party and its PM Modi. He took his official Twitter handle to explain the true colors of Modi’s batch.

A video byte of a small girl sitting beside Indian Prime Minister Modi while praising the BJP as ‘Bhaajpa’ while the latter was enjoying the cute words and appraisals of the 7-8 years old girl went viral and many anti-BJP members are slamming it. A recent celebrity who was added to that list is the Karnataka actor turned-politician, Prakash Raj. The fabulous actor tweeted the video byte and declared that the BJP has stooped to a new low by using children for its campaign. With the hashtag of ‘Just Asking’, the noted Indian actor claimed that BJP cannot get shamer than what it did with the little girl. Raj who is quite vocal about the BJP’s acts for the last couple of years questioned the BJP’s hypocrisy as it blamed Congress recently in one of its campaigning programs.

It has to be noted that the same saffron party went down heavily on its arch-rival Indian National Congress party and its scion Rahul Gandhi for conducting the ‘Jawahar Bal March’ during the ‘Bharat Jodo’ campaign. The Centre ruled by BJP made the ‘National Commission for the Protection of Child Rights write to the ‘Election Commission’ against violating the law by misusing children.