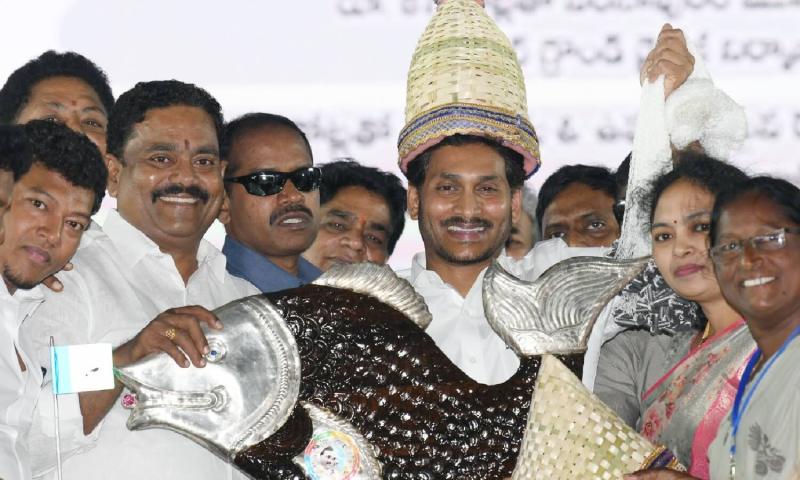 The AP CM YS Jaganmohan Reddy conducted a huge public meeting in Narasapuram the other day and laid a lot of foundation stones. As much as it might increase the buzz of YSRCP among locals, the same act has now turned a nightmare to the YSRCP camp for a famous curse.

Going into the details, superstitions are one commonly practiced thing among Celebrities and Politicians because most of the time, these jinxes are believed to be happening for real. One such thing has been associated with the Narasapuram constituencies and Chief Ministers. According to the curse, those Chief Ministers who lay foundation stones or start any projects in Narasapuram near the elections have lost their CM post in one way or the other. Starting from the late NTR who conducted Bhoomi Puja for Vasistha Varadhi in 1985 to build a bridge in Narasapuram lost in the immediate elections. Later the late Rajasekhar Reddy who laid the foundation stone for the same bridge lost his life in the same year even after winning the elections in 2009. Last but not the least, the CM for united Andhra Pradesh, Nallari Kiran Kumar Reddy who tried to pursue and complete the bridge in 2013 later had to resign from his CM post protesting against the bifurcation.

Like this, the foundation stone ceremonies in Narasapuram had eaten away three Chief Minister posts in the past and now Jagan who laid multiple stones is now rumored to be losing in the 2024 elections as well. Now the million-dollar question is whether Jagan follows the curse or breaks the jinx magically.