Shameful Act: KCR, Did you watch this video? 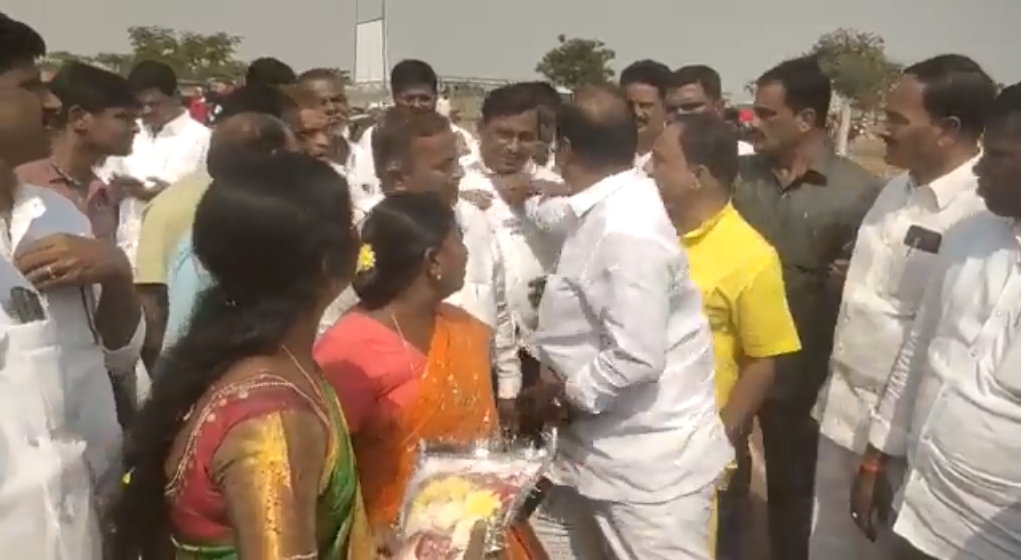 An MLA of Telangana’s ruling party TRS grabbed a government official by collar after a school was inaugurated before his arrival.

The incident occurred on Tuesday in Gadwal in Jogulamba Gadwal district. The video of the incident went viral on social media.

The MLA was expressing his unhappiness with Zilla Parishad chairperson Sarita for conducting the inauguration ceremony without his presence. Angry over some remark made by an official, the MLA suddenly advanced towards him, held him by his collar and pushed him.

The incident shocked those present there. Government employees took strong objection to the MLA’s misbehavior with a district-level official.

The MLA later clarified that he did not deliberately attack anybody. He said he got angry when the official remarked that “it does not matter who inaugurates the school”.

The incident also brought to fore the infighting in the district unit of TRS.