Nani visits Sabarimala along with his son 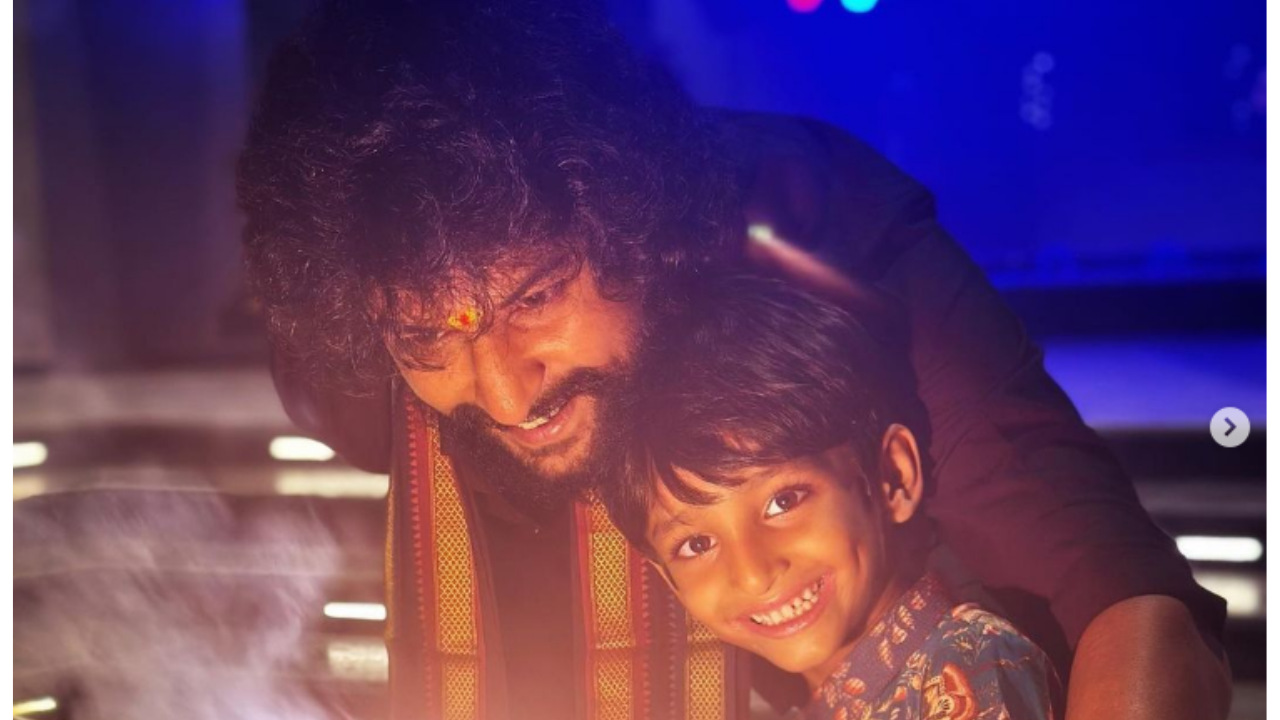 Tollywood natural star Nani visited Sabarimala along with his son Arjun (Junnu) on Sunday. The talented actor shared a video on his Instagram about his wonderful journey to Sabarimala. Sharing the same with his fans and netizens, Nani wrote- ‘What a beautiful journey. Until next time ayyappa. Swamy Saranam.’

In the video, one can see the actor’s long hair with his beard walking barefoot the entire journey in black clothes carrying Deeksha on his head along with his son Junnu. As we know that the Shyam Singha Roy actor took the Ayyappa Vratha Deekasha along with his son earlier this month.

The actor was spotted with other devotees and even happily for the cameras with them.

Opened to positive reviews from the audience and critics alike on June 10, 2022, Ante Sundaraniki managed to storm the theaters with huge box office collections.

On the other hand, Nani will be seen in the new debutant Srikanth Odela’s directorial Dasara. Backed up by Sri Lakshmi Venkateswara Cinemas, Dasara roped in the Tollywood known actress Keerthy Suresh as the leading lady opposite Nani. Set in the backdrop of Singareni Coal miners, this action drama film is scheduled for a theatrical release on March 30, 2023.