I will develop Narasapuram as the best constituency: YS Jagan 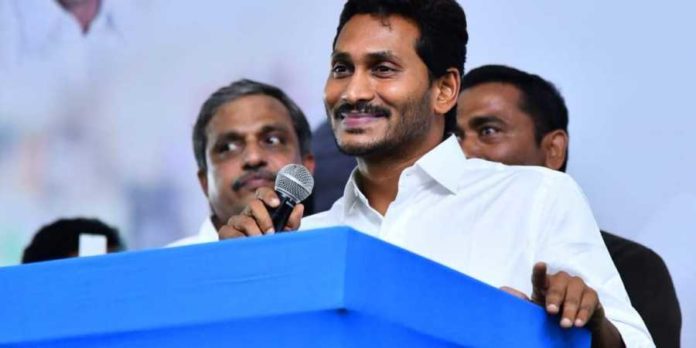 The Chief Minister of Andhra Pradesh YS Jagan Mohan Reddy toured the constituency of Narasapuram and laid foundation stones for many development projects. Along with many packages, the CM assured the locals to change the face of its constituency like never before.

Jagan has been keen on winning the seats in Coastal Andhra in order to checkmate the growing popularity of Janasena and its cadre. Among many inauguration ceremonies he participated in, the CM spoke highly about the foundation stone laid to set up the largest Aqua University of India to make the Aquafarming and culture, the best in the state. CM expressed confidence in Fisheries University as it would change the shape of Narasapuram and the entire district to be in competition with the existing Aqua universities in Tamil Nadu and Kerala. He also allotted Rs. 332 crores of rupees, especially for the Fisheries to aid the aqua farmers of that region which is rich with the sea bed. On this note, the YSRCP Chief revealed that his government stands with those fisherfolk who lost their livelihood because of the ONGC wells in the Mummidivaram region and declared that he would provide second compensation to and a facility to hold their fish.

Apart from his series of gifts to the locals, the CM asked the voters not to believe in the parties TDP and Janasena as they would do nothing for the state and constituency. He added that it is only YSRCP that is committed to helping the fishing community by solving its decades-old issues in the region of Narasapuram town and district.