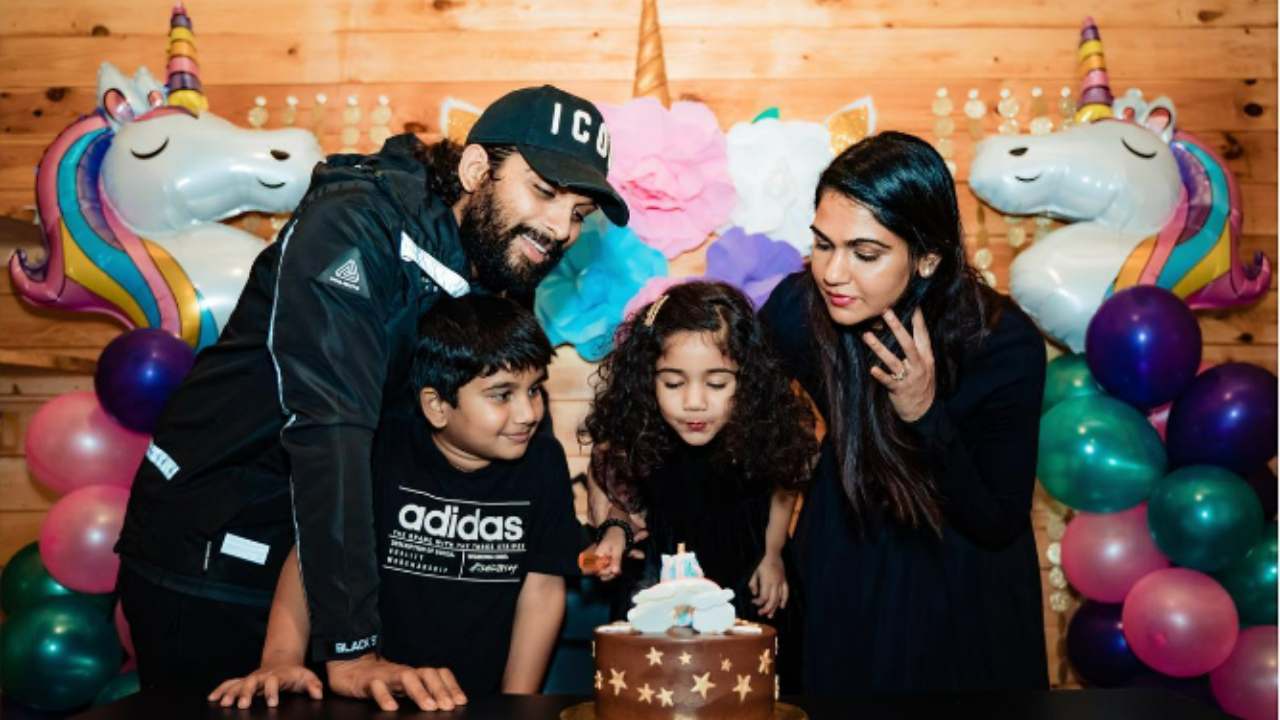 Tollywood stylish star Allu Arjun shared a funny video of his daughter Allu Arha on her 6th birthday. Wishing his little munchkin, the Pushpa actor took to his Instagram handle and dropped a video by saying – ‘Happy Birthday to my cutest baby ALLU ARHA . #alluarha.’

The video is now going viral on social media in which the father-daughter duo had a funny conversation about bees in their garden. Allu Arjun even burst into laughter after listening to his daughter’s cute Telangana accent.

As we know Allu Arjun and Allu Sneha got married in a lavish ceremony in Hyderabad in 2011 and were blessed with two kids, Ayaan in 2014 and Arha in 2016.

The actor maintains a close relationship with his kids, especially with his daughter Arha. The father-daughter duo often entertain the fans and netizens with their funny conversations.

Allu Arjun’s wife Allu Sneha is also quite active on social media. She posted a picture of Arha on her social media handles in which the little munchkin was seen in a cute pink color jumpsuit as she happily posed for the cameras holding a number six balloon.

Directed by the Tollywood known filmmaker Sukumar and produced by the Mythri Movie Makers and Muttamsetty Media, Pushpa: The Rule is slated for a grand theatrical release in 2023.

Here is the link to video :
https://www.instagram.com/reel/ClNjVcLOuib/?igshid=YmMyMTA2M2Y=