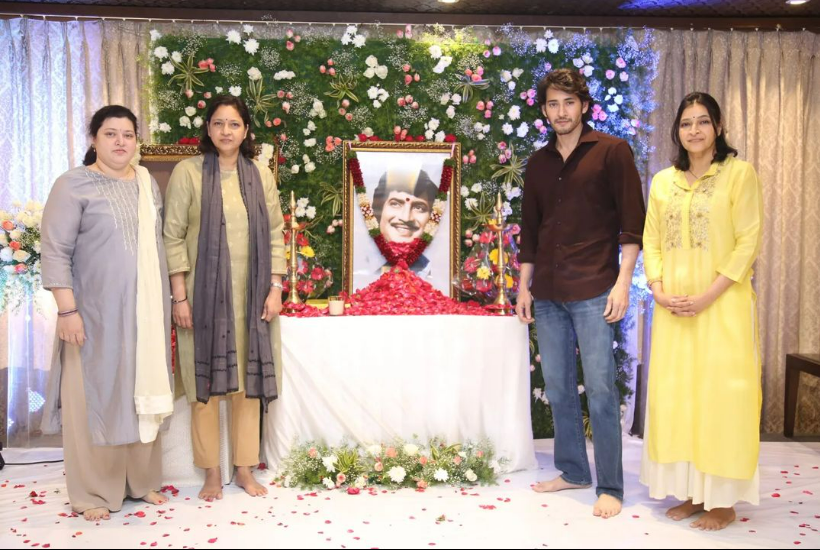 Tollywood Prince Mahesh Babu was spotted with his family on Thursday. The Telugu actor performed the special rituals along with his family for his late father Superstar Krishna. These pictures are now going viral on social media leaving the netizens and fans tear-eyed as the Ghattamaneni family bid their final respects.

As we know that the Sarkaru Vaari Paata actor’s father and the Tollywood Superstar Krishna passed away at the age of 79 on November 15. The senior actor suffered a cardiac arrest and left his last breath in the early hours of Tuesday.

Many celebrities from the political and film circles including Megastar Chiranjeevi, Venkatesh, Pawan Kalyan, Jr. NTR, Nara Chandra Babu Naidu, KCR, KTR, Rana Daggubati, Ram Charan, and many others have paid their last respects to the veteran actor and offered their condolences to the family.

Thousands of fans have also gathered at Padmalaya Studios to see their favorite star for one last time. Finally, the legendary actor was laid to rest at Mahaprasthanam with full state honors.

According to the latest reports, Mahesh Babu has decided to build a memorial in the Padmalaya Studios to honor his father and his legacy. Reportedly a museum with all the posters of Krishna’s films, awards, medals etc, along with a giant statue of Krishna will also be included in this memorial.